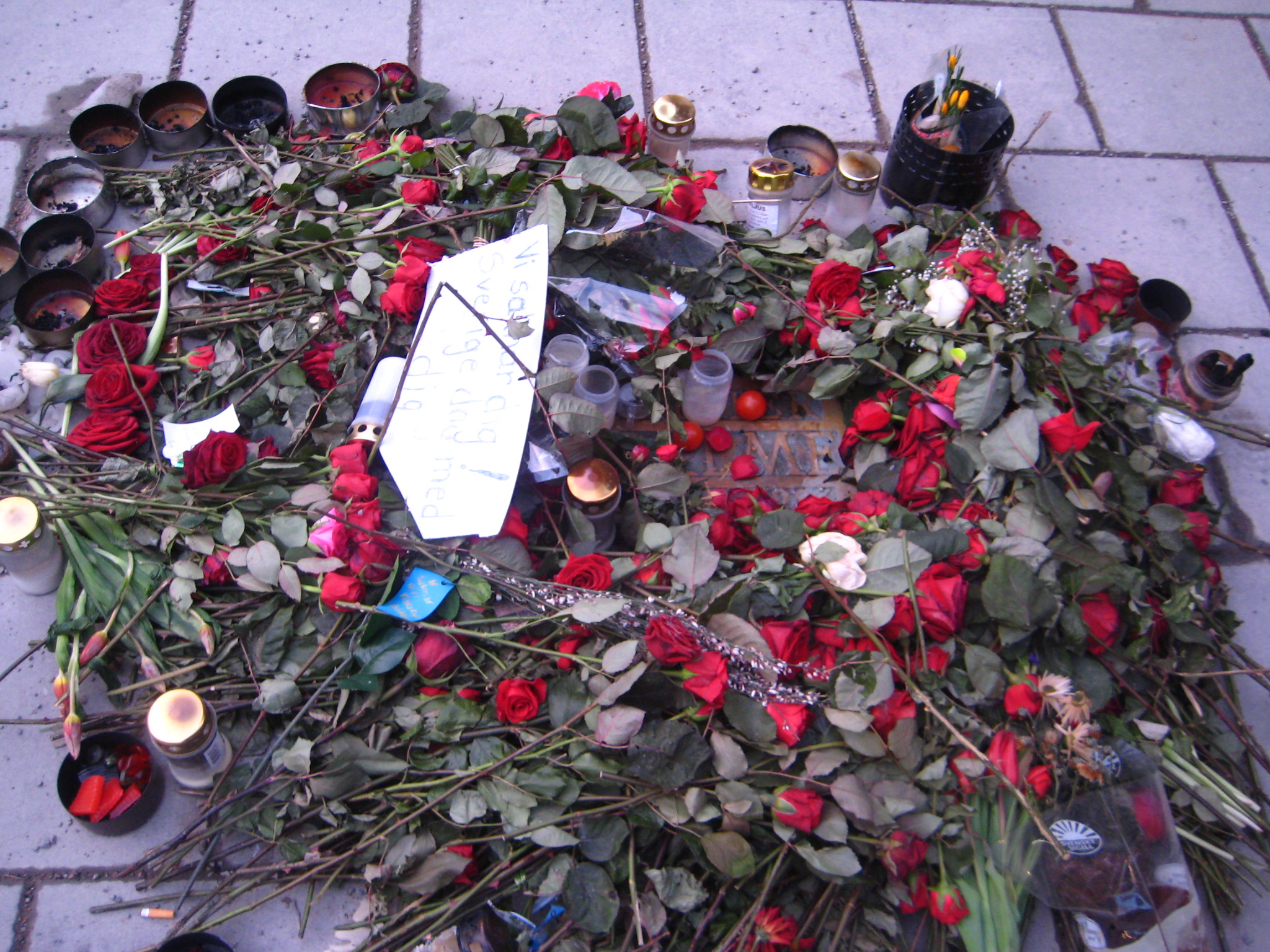 February 28, 2011, marks the 25th anniversary of the day that Swedish Prime Minister Olof Palme was assassinated. In a moment that shattered the innocence in Sweden,  Palme was murdered on the sidewalk one night after leaving a movie with his wife. Many days when I go to lunch, I walk