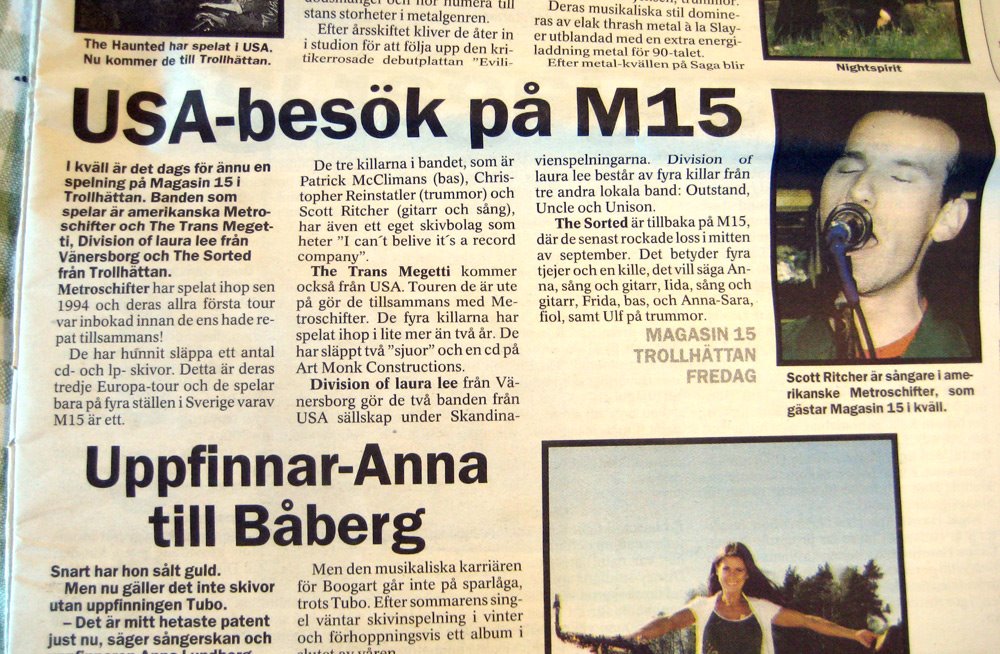 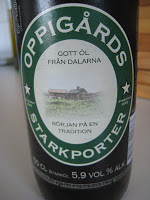 Last night there was a dagens party on the balcony at Iida and Erik’s in Haninge. Dagens, as you may know from an earlier episode, is a delicious beverage made of white wine, frozen berries, and Sprite. Very easy to drink, if not a bit girlie. (A bit girlie? Jesus, man, how many spritzers are you gonna have tonight?)

After a few hours, I switched to beer because I was excited to try a couple different varieties I found at the Systembolaget on Friday. The Swedes are certainly not famous for the variety and quality of their beers, but I found one that I really loved. It is a dark, rich porter called Oppigårds Starkporter. The brewery appears to have only been around since 2003. I highly recommend it if you can find it and if you’re into that sort of thing.

The day after the party is another beautiful one. The sun is shining and the temperature is almost at 15° (that’s almost 60°F). Above is a collection of balcony views from where I’ve been doing my design and writing work lately. Not too shabby as an office. This was taken with the MoloPix app I was talking about yesterday. I love taking pictures, so this app has the risk of becoming dangerous in my hands, since it allows me to take up to six photos at once.

While Iida and Erik were cleaning out their extra room for me to move into on May 1st, this old newspaper surfaced. I had never seen this before. This is an article from the paper in Trollhättan – Iida’s hometown – where Metroschifter played on November 12, 1999. Trollhättan is where they make the beautiful Saab automobiles and the city is quickly becoming a mecca for movie making, hence the nickname Trollywood.

Back in 1999, Iida was playing guitar in a band called The Sorted who played that night, along with Division of Laura Lee, a great Swedish band that I just saw here again a couple weeks ago. They were still fantastic and still super nice guys. All their stuff has a distinct design aesthetic which is always important. Their drummer, Håkan, has a design blog that I’ve been visiting regularly.

I was just talking with my friend Stan the other day (also a designer who played drums on the 2008 Metroschifter tour) about how we never gave some bands a chance because their record covers looked like shit. Lots of my friends were into the Descendents and Bad Brains, but I’m still convinced they both suck because their records look stupid. Anyway, the Trans Megetti from New Jersey was on tour with us in 1999 and they played that night as well. Good times!

The article says the usual stuff about Metroschifter; that the band has been around since 1994, our first tour was booked before we had met up to practice for the first time, and we have several records out. It says this is our third European tour, we’re playing only four shows in Sweden, and we have our own label, I Can’t Believe It’s a Record Company.

Friday afternoon, I finished the poster for our new record that’s coming out next month on Louisville’s Noise Pollution label. It’s dark and scary like the record cover, and has the same menacing picture of Stockholm.

Luckily, the weather is not at all like that today, so I’m off to buy my A Camp ticket and to enjoy the sunshine. Hejdå, bitches!

Where the Action Is

A few of my favorite things