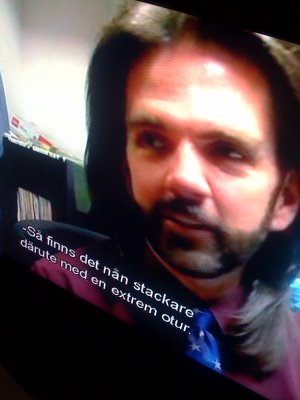 This is a photo of the television playing the amazing movie “King of Kong” which is a documentary from 2007 about the fight for the world record Donkey Kong score. As you can see, it is subtitled in Swedish. All the programming shown here is run in its original language with subtitles. This is part of why Swedes speak perfect English. An interesting fact I learned about the Swedish language is it contains no words which are considered inappropriate for broadcasting. Every word in the language can be said on television.