My friend Johanna is writing an article about my decision to move – and the accompanying adventure – for Sweden’s biggest printing and graphics magazine. That’s pretty exciting. It will be published in May in Aktuell Grafisk Information.

Over the past week or so she gave me the third-degree through an interview and getting my pictures taken for it. I’m used to being on the other side of the interview.

While trying to come up with some illustrations to go along with the article, I made some charts and lists. I don’t know if any of them will actually be in the article, so I thought I’d post them here so if they don’t get used they won’t go to waste.

I made Top Five lists of my observations about what I love and don’t love about Sweden, as well as what I miss and don’t miss about America. The charts that go with them are kind of the same ideas.

I added the parts in italics to explain a little bit here, so the italicized parts are just for you.

For example: Djungelvrål is very salty licorice candy that Swedish people are crazy about. It’s impossible to eat without making a face, but wholly different than Sour Patch Kids, if you can imagine. Knäckebröd is very thin, hard bread that would be like a cracker, except it’s not salty and it is bread size or bigger. Before I moved here, one of the Swedish language instructional recordings I listened to had the phrase “Alla svenskar älskar knäckebröd” which means “All Swedes love knäckebröd.” It’s true. They do. 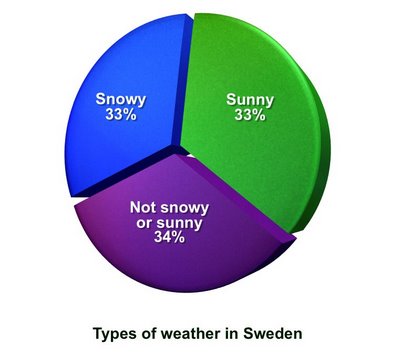 WHAT I LOVE ABOUT SWEDEN

1. Clean, safe, quiet, beautiful. The culture has a respect for nature, even in the urban environment. The society seems to have an awareness of our impact on the environment that is accepted and not treated as activism.

2. Public transit can take you pretty much anywhere in the city. The trains and buses are always on time and public clocks are accurate.

3. People are incredibly well educated. This makes a big difference for everything.

4. There is an attractive, simple design aesthetic to almost everything. Of course this includes architecture, signs, furniture, and appliances, but I also see it a lot in clothes.

5. Everyone I’ve met is incredibly friendly and curious about things around them and interested in my story.

6. Okay, I said I was doing Top Fives, but I have to add a Number Six on this list: I love the ideas of lagom and the fika. It’s like they were invented for me. These two words could really replace our entire conversation about why I moved here!

“Lagom” is a Swedish concept that basically means “just enough.” It’s prevalent in everything from the design of furniture to how hard people work. It is kind of like the idea that there’s no need to go too far or to do too much. Less is more. – “Fika” is the afternoon coffee break, which for some Swedes lasts a few hours. It’s usually accompanied by some sort of baked treat, bun, or similar snack. 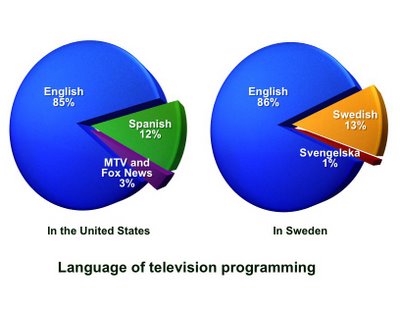 WHAT I MISS ABOUT AMERICA

1. The extensive variety of food available, especially Mexican food and other spicy foods. Maybe the fact that there is so much food everywhere in America is part of the country’s problem with obesity, but I miss it nonetheless.

2. Stores being open late and America’s 24-hour culture. If I want to buy a book, eat some food, get a drink with friends, or call to change my cell phone service, I can usually do any of these things pretty late in the evening and some in the middle of the night.

3. The availability and variety of alcohol: hours, locations, prices, choices, character of independent shops. All the beer and alcohol over 3.5% is sold by the state-run chain of stores called Systembolaget. They are open only until 7:00 or earlier and closed on Sunday.

4. Being able to understand everything anybody says.

5. Of course, my friends and family. 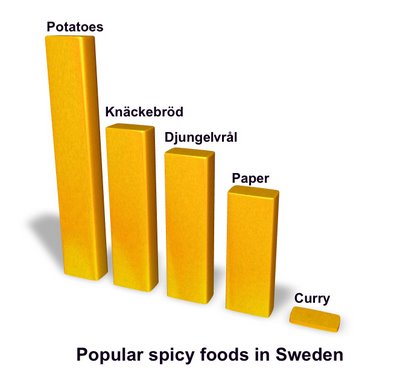 WHAT I DON’T LOVE ABOUT SWEDEN

1. So much of the television programming is in English and from America and everyone in Sweden speaks perfect English. The prevalence of English makes it so much more difficult to learn Swedish and to use what little Swedish I know.

2. Surprisingly high number of people who smoke and use smokeless tobacco. This surprises me because Swedes seem so health-conscious otherwise and have a reputation for being healthy.

3. I feel pressured to wear black. Everyone is wearing black all the time. Sure, it looks smart and goes with everything, but a little color here and there doesn’t hurt. Sometimes I feel like I stand out because my coat is dark brown!

4. The weather – for now – is cold and I miss seeing the sun as often.

5. Some people here seem to intentionally ruin their natural beauty with fake tans, too much makeup, facial piercing, or inconsiderate behavior. This is rare, but notable. 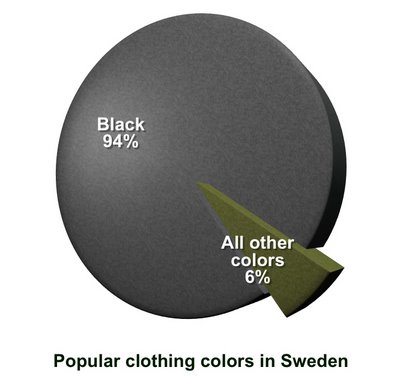 WHAT I DON’T MISS ABOUT AMERICA

2. Telephone poles, power lines, and unreliable utilities that come with them.

3. Corporate prepared food, fast food, and the sloppy lifestyles of the people who are duped by it.

4. Important decisions about society being made and defended by people who are uneducated about the issues, or those with a sense of entitlement.

5. Calculating sales tax when making purchases and tips (gratuity) when eating or drinking. Although the sales tax here is a steep 25%, it’s not so noticeable or painful because it is included in the prices. If you don’t study your receipts, you’ll rarely see the amount of tax. It seems that tipping is basically rounding up if you feel like being nice. I almost never see extra money left on the table or handed to a server. Maybe because everyone is paid enough to survive. 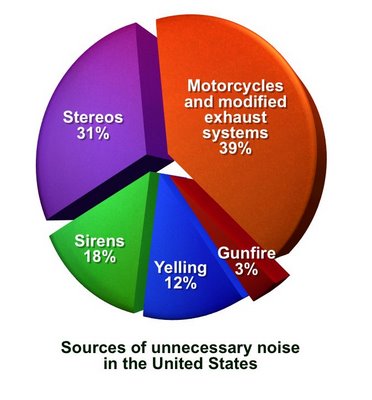 What do Americans love most…