If I fall gravely ill soon, here’s why:

As we have discussed, my chainsmoking Dutch roommate is selling the apartment and so i have to move at the end of April. In preparation for selling the place, he has essentially torn the apartment into pieces to fix it up. He is sanding everything down and repainting it. This has turned the otherwise clean, quiet, and sparsely-decorated space into a noisy, dusty, smelly construction zone. The smell comes from the oil-based paint and turpentine he’s using.

When he first decided he was selling the place and moving back to Holland, I had really only been living there about two weeks. At that time, the plan was for me to move out at the end of March. I had given him two month’s rent upon moving in, so this would mean I’d get half of that back, having only lived there for one month. 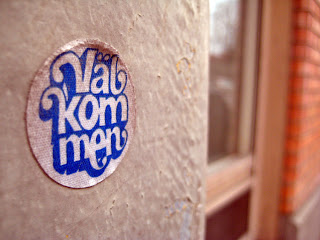 That all changed at the end of March when I mentioned that I would begin moving out that coming weekend. I think it dawned on him that he would have to cough up some kronors, so suddenly “the end of April” was the plan. Okay, whatever. We then agreed that I would stay until the money I gave him ran out: end of April.

Yesterday, I got home from a long weekend in Haninge. I was hungry, so I fixed some potatoes to eat. As you know, potatoes are one of the spiciest foods available in Sweden, so my mouth was watering with anticipation.

It’s always a good idea to wash potatoes before you cook them, but never more so than when they are covered in construction dust. Seriously. I washed them thoroughly before boiling them in a big pot. Unfortunately, there was something else I neglected to wash.

Halfway through my meal of potatoes on the balcony, I noticed that there was paint dust all over the inside of the bowl I was eating from. Jesus Christ. I foolishly presumed that if I took a bowl from the cabinet it would be clean. I hadn’t seen the dust because he keeps the blinds closed in the kitchen and the lights aren’t that bright.

Oddly, the discovery that he had sanded down and painted the cabinets with all the food still inside was not surprising. A few days earlier I was washing a bowl with the dish scrubber in the sink when he shouted, “Oh, no! Not this one! This is the one I am using for the paint!” Great. I’m pretty sure I had used that scrubber before, as it is identical to the one for dishes. He then tried to determine which sponge was for the dishes. He didn’t know. Again, great. I’ve been eating food from dishes washed in turpentine. 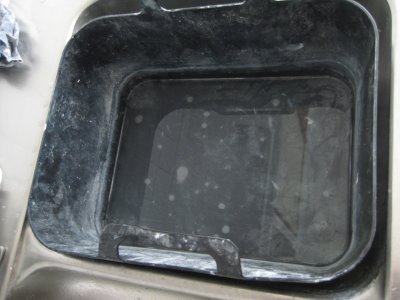 The icing on the cake came this morning when I saw him washing dishes in the same tub he uses for all his painting supplies. “Really? I said. “You’re doing the dishes in that thing you use to clean your paintbrushes?” He explained to me that the paint on the tub was dry so it wouldn’t come off on the dishes. “I’m not an idiot.” Okay. Whatever you say. 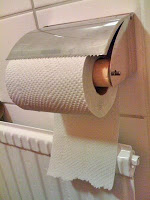 I should have known something was wrong when I first looked at the apartment. I saw something that could have tipped me off, but I ignored it, thinking it must have been a fluke or accident. I’m speaking, of course, about the fact that he puts the toilet paper roll on the dispenser under instead of over.

Now, I know some other people who do this and they get a pass either because they are bat-shit crazy, left-handed, or women. (I’m kidding, of course, being left-handed has nothing to do with it). A lot of people don’t take the time to think about how the roll goes on there and maybe they put it on in under fashion now and then accidentally. This guy does it like that every single time which is worsened by the fact that the spring-loaded dispenser has teeth which prevent the tube from rolling when it is inserted backwards.

Seeing the roll installed like this during my walk-through in February should have been a red flag. Instead, I gave him the benefit of the doubt. Serves me right. Now I’m eating paint. 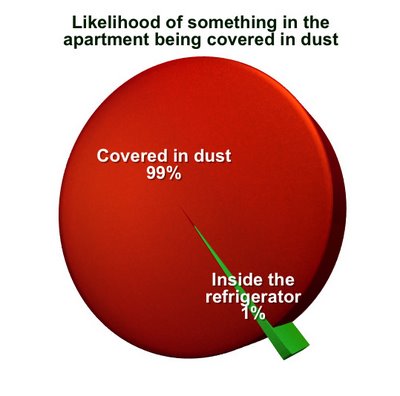