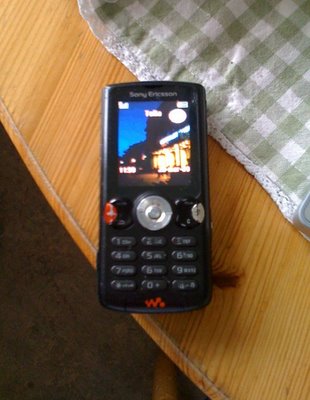 In addition to learning a new language, the metric system, how much everything costs, and adjusting to a new culture, possibly the most difficult part has been being forced to return to T9. You know, sending text messages with only the number keys? Remember that?

As much as I love the iPhone, when I arrived in Sweden, my iPhone was still tethered to AT&T in America. Using it here with that contract was simply crazy expensive. It was okay to visit with, but living here with it was too much. Unfortunately, because the phone was locked to AT&T, I couldn’t just switch to a Swedish provider. Now that I have cancelled my AT&T contract, the phone has been reduced to being a very nice iPod with WiFi. I initially thought I might be able to unlock the phone to use it with a different provider, but that turned out to be impossible because I had updated my phone to a version that – at least for now – is not unlockable.

Unlimited data on the iPhone in America got me spoiled really fast and it’s amazing how much the thing became a part of my life: email, internet, texting, taking pictures, making notes, and even recording things, which some of my friends found very annoying.

In any event, I had to get some type of local phone to communicate with friends, so I got on a pre-paid plan with Telia, one of the big providers. Above is a picture of the phone I bought used from a guy from Dubai that I found on the internet. He has a “shop” where he is resetting and unlocking old phones. Surprisingly, this Sony Ericsson phone I bought is not unusually antiquated. I have been shocked that qwerty phones and Blackberry devices are pretty rare here.

There are two companies in Sweden that offer the iPhone, but both require a personnummer (the Swedish equivalent of a Social Security number) to sign up. If I want to get an iPhone with cash and go the pre-paid route, the phone itself is about $700. That’s a cost I just can’t justify at this early stage of my time here.

Long story short, I still use my iPhone all the time – it just doesn’t send and receive calls or texts any more. All the apps still work, though some require a WiFi connection. One of the few apps I actually paid money for is an English/Swedish dictionary. It has 56,000 entries and is fully self-contained, that is, it doesn’t require a connection. I use it all the time.

I also have become obsessed with checking the US-dollar-to Swedish-kronor exchange rate several times a day. All my clients are in America and I’m being paid in dollars, so what I’m earning is worth different amounts every few hours.