As some readers may know, I am currently on tour with my band, the Metroschifter. Today we are in Forli, Italy. 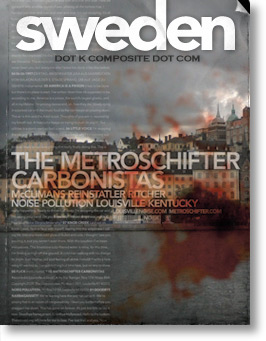 Of course, I’m missing Sweden and the recent episodes of “Idol” but since we have different bands opening for us each night, I’m getting more real life music.

My band has been together for fifteen years and it’s no secret that the type of music we play is neither wildly popular nor easily accessible to casual listeners. There is some math involved in some of our songs.

It’s not for everybody

I don’t write verse-chorus-verse-chorus-bridge-chorus songs, at least not for Metroschifter. The songs i’ve written for my other band Best Actress are more straightforward in structure and more appealing to ordinary people. Best Actress is certainly more accessible because I’m not the singer and someone who can actually sing is doing that. My singing voice in Metroschifter isn’t nearly as appealing as Maya Weissbach’s is in Best Actress.

Regardless, I am always amazed by the people I meet who have listened to our band for many years – more than a decade in some cases. Last week I met someone in Dortmund, Germany, who was telling me about his friend’s Metroschifter tattoo. There are no words to describe hearing about someone who has a tattoo of your band’s name. Unbelievable.

Back in the days when I was really inspired to write songs and I did it more often, (and probably as a result more people used to care about songs I wrote) I was often told that people liked my music because it was honest. I tried to keep it that way. The books I read and the movies I like the most are also true stories.

Aside from the lyrics, pretty much the same policy goes for the music I write. I try to make it something different. If you’re not going to try do something new, why bother?

Honestly, there are a million bands out there and most of them are just going with the first thing they come up with that they think sounds good.

One of those bands 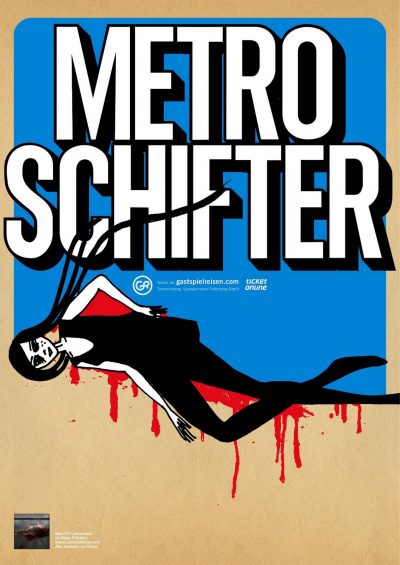 Over the weekend, a music journalist in Verona framed a question to me by saying that my band is “one of those bands that people use as a reference or influence when describing their music.” He wanted to know why I thought that was the case.

I told him I didn’t really think that was true, but if it was, I think it is because I try to write songs that haven’t been written before.

In 1994, I took some time off work at the ear x-tacy record store in Louisville and retreated to a 200-year-old adobe in the New Mexico desert with the intention of writing songs.

What happened there became the first songs Metroschifter would record later that year. I was truly inspired at the time and it shows. It seems that those songs are the best ones I’ve written and they are the favorites of people who like the band. The songs came from real feelings and I had something to say.

Nine days alone in the desert are a great setting for focusing on songwriting. Our other albums haven’t had the advantage of that kind of dedicated preparation.

Nobody tries hard enough. Not even me.

I wish I could say that all the other Metroschifter records and my solo discs were as genuinely inspired as that one. The other records definitely have feelings but for some reason, they seem to have become progressively less heartfelt. I wish that wasn’t the case.

In 1999, I remember telling a confused music reporter in Louisville who was writing a story about Metroschifter that we had half-assed our way through everything. Every band does it. Nobody tries hard enough. I am as guilty of that as just about anybody.

When I look through the songs, it’s like a timeline of crushes, unrequited love, money problems, adventures in Louisville and around the world. When things in life were going well, songs ended up with lines in them like “After years of singing of desperation, I find myself now somewhat content at the price of feeling somewhat uninspired.”

Most reviews of our new album have been very favorable and flattering. Alternative Press said it was “inconceivable that a new Metroschifter album would appear in 2009.” The band “explores a maddening array of musical genres on their sixth full-length. No song in the band’s back catalog approximates the sheer audacity of it.”

A German guy who got the new Metroschifter CD sent us a message that said he liked it but he said, “Lots of the stuff sounds a bit constrained or forced to me. I miss the fun and freedom that Metroshifter albums meant to me back in the Capsule or Fort Saint Metroschifter days.” Yeah, well, before I could even get a thought ready to respond to that, his next line covered it, “Damn, that was so long ago.”

The review of our new album in LEO Weekly even included the line, “While craftsmen musically, Scott Ritcher’s lyrics leave much to be desired.” Fucking tell me about it. This isn’t the first time I’ve received confirmation of my own living hell in the newspaper.

If you limit yourself to only writing about true feelings, and then you reach a listless period of years when you feel nothing, what is there to write about?

I suppose over the past few years I haven’t written much in the way of music because I thought the types of things I’ve been feeling were things I couldn’t really write about. Maybe I was wrong.

Writing this tonight from Italy, in the midst of our sixth tour of Europe, I’ve found that despite the terrible slump of the music industry, there are still passionate people out in the world who love music.

That is an incredible decline from the peak in the 1980’s. Michael Jackson’s Thriller, released in 1982, had sold 28 million copies before his death. It is now on track to become the only album to be certified at 30 million by the end of the year.

Is the demise of the music industry a sad story? Yes and no. It’s a tall order to find sympathy for the record companies after their decades of screwing both the artists and customers. The story is not unlike what happened with the banks. Nobody feels sorry for banking corporations, but the difference is that the financial industry has everybody’s money.

I want to write great songs and I want to feel the strong emotions that make such work possible, but who has the time anymore? People have to work for a living. It’s not like any record company is going to be around to ensure that people will actually be able to hear these songs, or that people will even have the money to buy them.

Maybe that’s the saddest part of the story. Without the money to do so, artists will be unable to take the time necessary to develop their craft. It seems my best songs came from the times when I could afford to write them, not just financially, but emotionally. It’s a real challenge to find the space, silence, time, focus and, most importantly, the inspiration to create something of value.