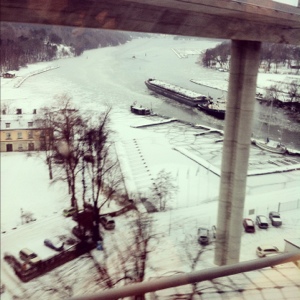 I am having a crisis of conscience as I am toying with the idea of sending my first tweet.

I have dozens of followers on Twitter but I have never actually use the service, that is, I have never “tweeted.”

Nearly two years ago, I deleted my Facebook profile. (See Block this Application, May 2010)

I have never missed it, never looked back and never regretted it. Despite almost-daily pressure to rejoin from friends and co-workers, I just don’t feel like I’m missing anything.

It’s weird when people react to me like not being on Facebook is the equivalent of not having an email address or telephone. It’s not like that at all.

So it seems that Twitter is a way for people to publicize their conversations, as long as they keep it short.

One guy I work with said he doesn’t use twitter that much because “it’s just a bunch of people telling you what to do.”

I’ve also been told that the service Twitter provides is called microblogging. So it’s like broadcasting your Post-It notes

“Micro” is a good way to describe my level of interest in it.

Nonetheless, I’m curious about it and the door is not completely closed.

So here’s the deal.

If I get 500 followers on Twitter, I’ll start using it. Tweet the word out. Tell your friends to add @scottritcher as soon as they can. The race to 500 is on!