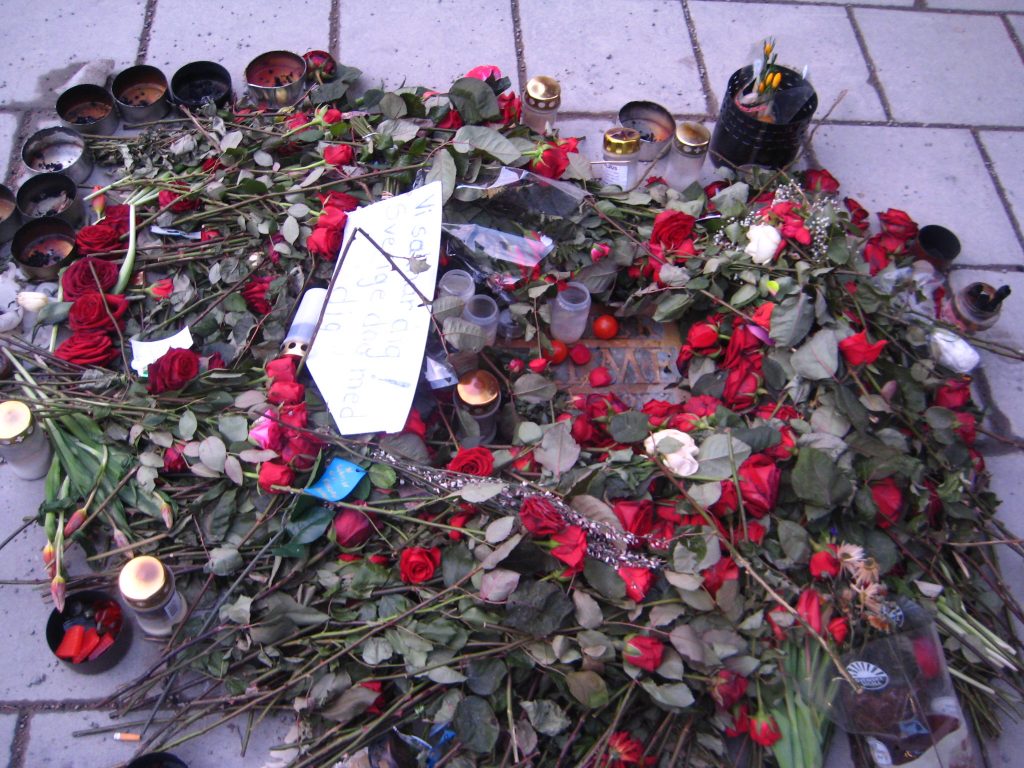 February 28, 2011, marks the 25th anniversary of the day that Swedish Prime Minister Olof Palme was assassinated.

In a moment that shattered the innocence in Sweden,  Palme was murdered on the sidewalk one night after leaving a movie with his wife.

Many days when I go to lunch, I walk past the place where this happened on the busy street called Sveavägen.

During the time around the anniversary, many people left flowers and lit candles on the spot, which is marked by a bronze memorial embedded into the sidewalk. It is mostly obscured in this photo.

The killer was never captured.

No parking between the signs