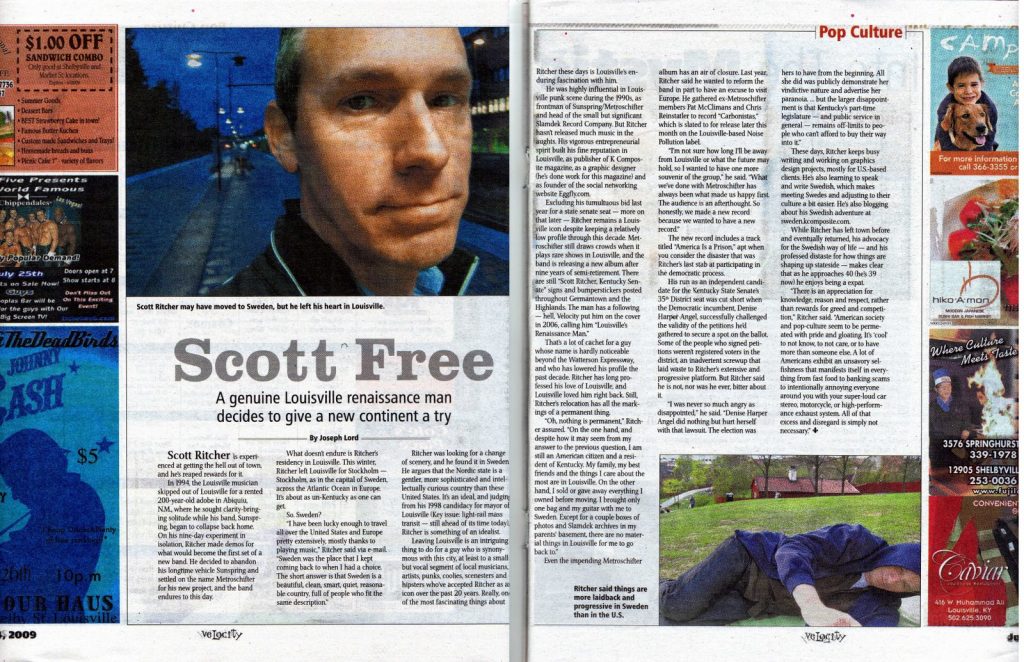 Velocity Weekly, one of the city’s entertainment papers, has just published an article about me, the Metroschifter and Sweden. 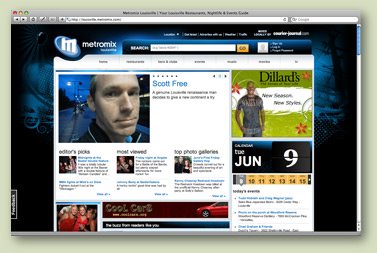 Written by the talented and funny Joseph Lord, the story starts with the line, “Scott Ritcher is experienced at getting the hell out of town…” I love it. As I just told my friend Sarah who is soon leaving Louisville for Philadelphia, our home city is always a fun place to be and a wonderful place to come back to.

Joe even gives a shout-out to my advocacy for light rail mass transit in my 1998 candidacy for mayor of Louisville. (God dammit! Why do I keep saying “shout-out”?) What a shame that eleven years later light rail is “…still ahead of its time today.”

The article appeared on their Metromix website a couple weeks ago and came out in its paper version last week.

Velocity may be running out of “Scott” puns. A few years ago when I was on the cover, the headline was “Great Scott!” and this one is called “Scott Free.” If I make another appearance in the future, maybe it’ll be “Beam me up, Scotty” or something about “Scott-land.”

You can read the piece online at Metromix.com or see this scan of the paper version in Velocity that my sister emailed to me.

The paper version has an extra photo of me taken by Iida at a spring afternoon dagens party in Vitabergsparken. Dagens, being the popular drink made of white wine, Sprite and frozen strawberries.