Well it’s like the wheels are about to come off the tabloids here in Sweden over the past week, on the heels of the news that the crown princess has a little majesty in the oven.

Victoria, the oldest daughter of the king and queen of Sweden — not to be confused with Madeleine (the cute one who likes to party… she’s like the Mary-Kate and Victoria is like the Ashley) — got married last summer to a commoner, Daniel Westling.

It now seems that Prince Daniel has made short work of getting some more Swedish blood back into the royal lineage.

The Swedish Royal Family has a mix of French and German heritage at the moment, with a dash of Brazilian, depending on how you’re keeping score.

Just a year after Sweden was wrapt in royal wedding fever, now royal baby fever is the wildfire du jour. 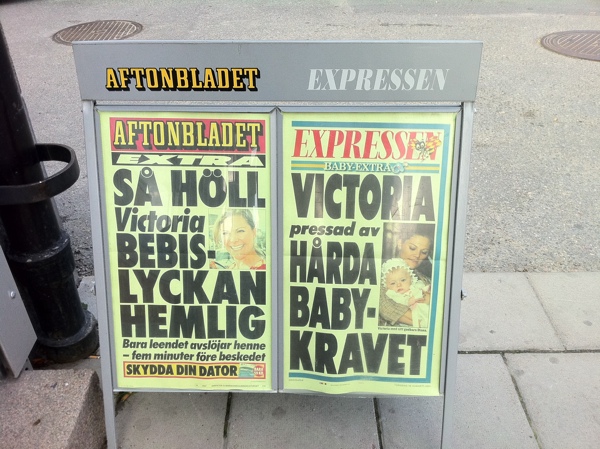 The morning after the announcement, I was on the train to work when I took a quick look at the Expressen newspaper’s website on my iPhone.

The site was ablaze with every angle of the pregnant princess story. In fact, I counted the headlines: eleven of the top 14 stories were related to the royal pregnancy. 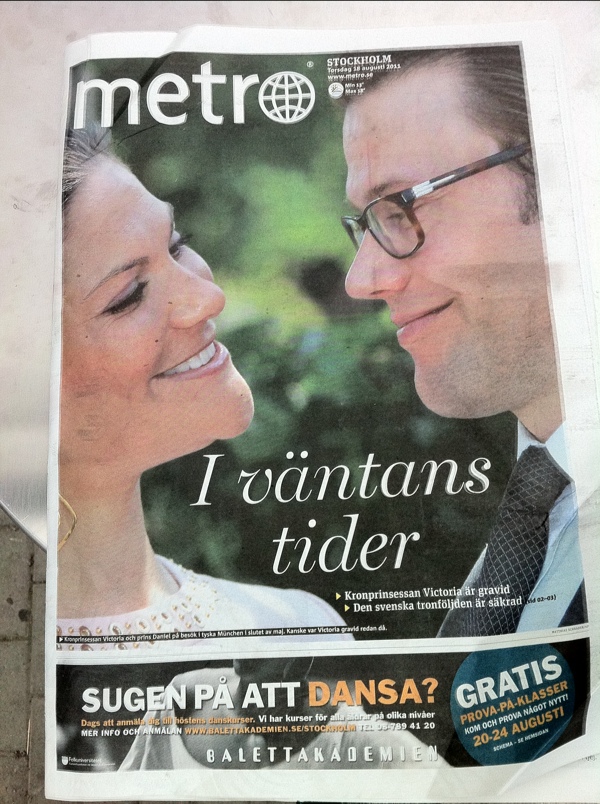 The free daily Metro paper dedicated a magazine-style cover to its front page, which is usually a standard newspaper style headlines-n-articles things. 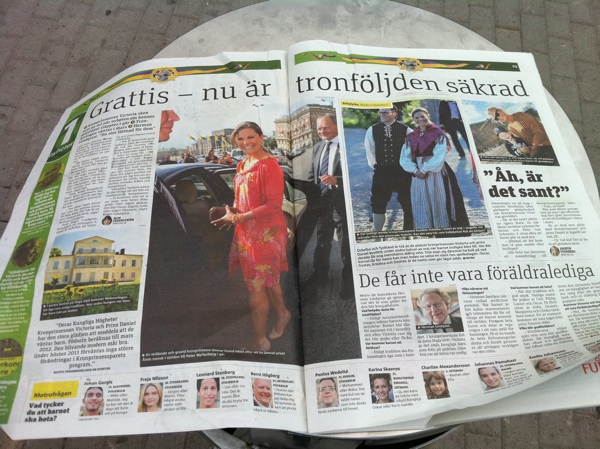 One article I read was completely dedicated to speculation about the exact moment the princess got knocked up. Best guesses are placing the moment some time before a late-May visit to Munich or some events around Sweden’s National Day on June 6. Too much information?

Another article asked people on the street what they think the child should be named. One guy said Mohammed if it’s a boy and Aisha if it’s a girl. Just to do something unexpected.

My vote is for Princess if it’s a girl or Prince if it’s a boy. Chances are, this kid will be king or queen one day. How awesome would it be to have a King Prince or a Queen Princess?