Saltsjöbanan is one of Stockholm’s oldest local rail lines. The 18-station line has been operating over 115 years and covers an end-to-end distance of about 11 miles (18 km). 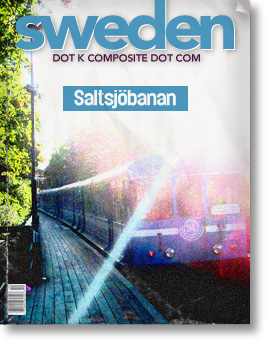 The line runs from the major transportation hub at Slussen in central Stockholm out to the eastern suburbs at Saltsjöbaden.

The small town of Saltsjöbaden (the Salt Sea “bath” or “beach”) sits on the shore of the Saltsjö (“Salt Lake”) and gained popularity in the 19th Century as a nearby retreat for people from Stockholm.

(My best attempt at phonetically typing out the pronunciation of Saltsjöbanan would be “SALT-hwew-BAHN-ahn” but I’m open to suggestions on that. Sjö, the word for “sea” is one of those words I have to say five times before a Swede knows what I’m talking about.)

This is one really old-timey train. Although it has been updated many times over the years – it was originally a steam train – the electric wagons now in service date back to 1948. Compared to the modern Tunnelbana subway trains, the Pendeltåg regional lines and the Tvärbanan street trains, the Saltsjöbanan line runs slower and is a quite a bit louder.

From the middle of bustling Stockholm, the route is a journey through time and topography. It tunnels through stone façades, above elevated viaducts, through neighborhoods and wooded areas, and along a number of scenic lakes before reaching one of two eastern terminuses adjacent to the open sea of Stockholm’s archipelago.

The railway opened in 1893 and originally carried freight as well as passengers. As a result, the Saltsjöbanan rides on the same wide, full-scale, normal gauge rails as a freight train. 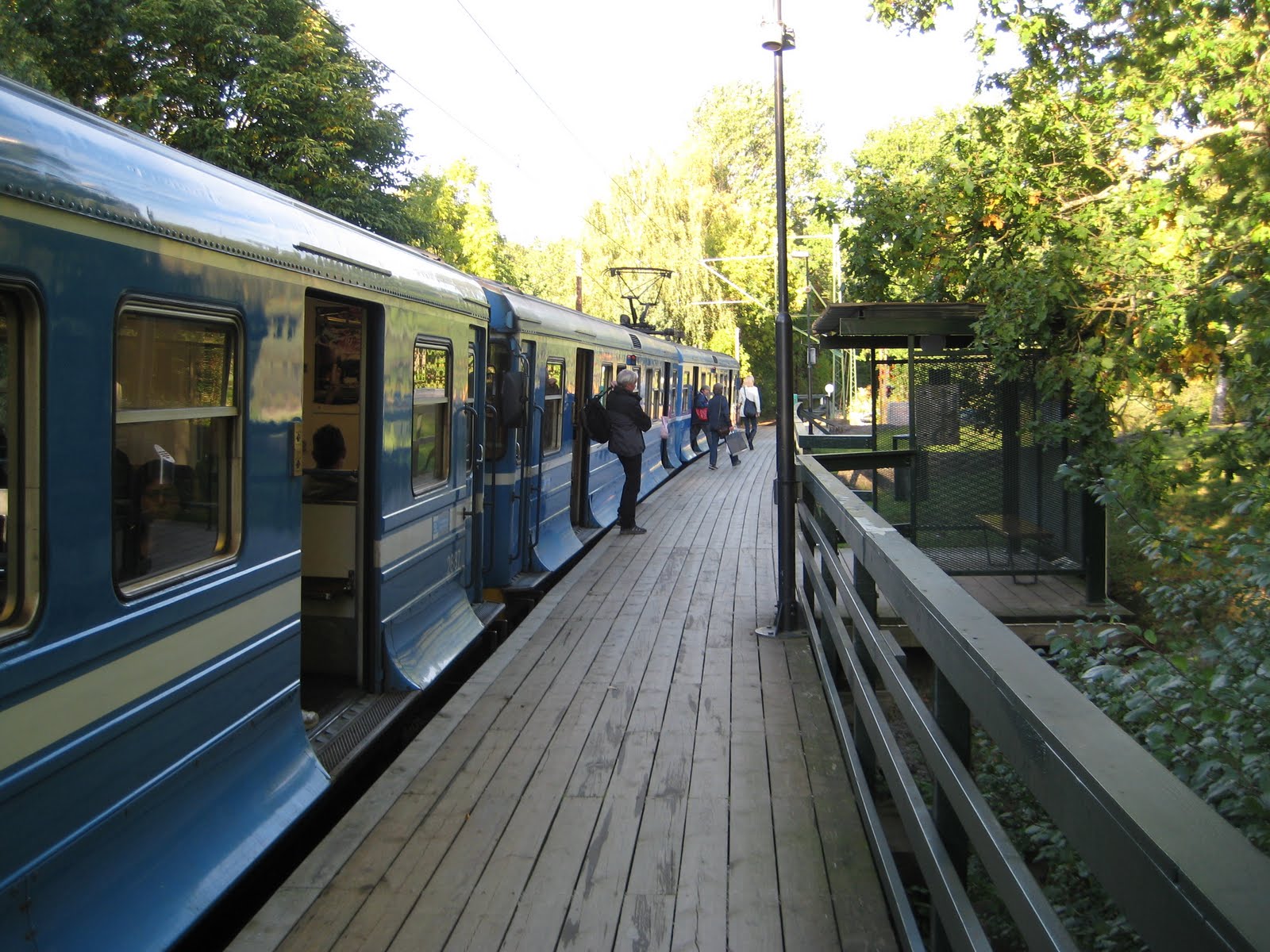 Some stations on the line are nothing more than simple wooden platforms while others, like the major shopping center at Nacka, are a bit more elaborate. One of these basic platforms can be seen in this photo of the stop at Ãstervik, that you can click for a larger view.

Another platform on the line and the Saltsjöbanan railroad itself are featured in some key scenes of the 2008 film Fishy, set in the town of Fisksätra near east end of the line.

Because most of the stations are rustic and don’t have turnstiles or ticket counters, the Saltsjöbanan is one of the trains in Stockholm where a conductor almost always comes around to check tickets, making it all-the-more old timey.

A recent article in one of Stockholm’s newspapers reported that the collective transit system in the city is one of the most expensive in the world for riders. Although it seems somewhat easy to hop on a train without a ticket almost anywhere in the city – and it’s not uncommon to see someone doing so – there are hefty fines for getting caught inside a train without a valid pass. I would never dare take the risk.

Although the Saltsjöbanan is a minor route, the transit authority SL says it carries more than 15,000 passengers a day, part of what also seems to be one of the cleanest, ostensibly decorated and most efficient transit systems in existence. Last night I was waiting for a train on a different route and people were huffing and puffing because it was going to be 10 minutes later than its normal time.

180° View from the Östervik platform

Below is a 180° view from the Saltsjöbanan platform at Östervik, about midway through the route, and here is a Google Maps link showing the point where the image was taken.

In both the map and the panorama, you can see that there is only one set of tracks at the Östervik platform. Most of the entire route of the Saltsjöbanan railway was built as a single path of track that carries traffic in both directions. This means that the wagons traveling in opposite directions are timed accordingly and diverted to a set of side rails while oncoming traffic passes. This typically occurs at a handful of stations which have dual tracks or at the end stations. An additional 1-kilometer stretch between Storängen and Saltsjö-Duvnäs also has two sets of tracks that operate in opposite directions.