It’s beginning to get cold in Sweden. The first snow of the season, however fleeting, already happened a couple weeks ago. 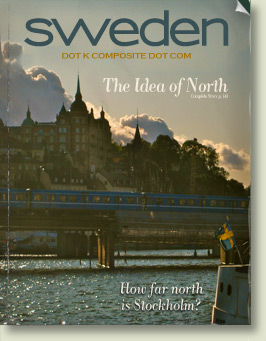 Earlier this month, daylight hours in Stockholm passed below the 50/50 point. We are now at 10 hours of daylight and 14 hours of darkness.

I’m actually being very generous by using the term “daylight hours.” We haven’t truly seen rays of direct sunshine in a number of days. I don’t even know what that number is. A week, two weeks? Who knows? If the sun isn’t shining where I am then it feels like it’s not shining anywhere.

I’ve been told by reliable sources that such a change in the weather happens every year around this time. What seems like the retreating of the sun is nothing to be alarmed about.

Scientists say the sun is actually just fine and shining as brightly as ever, we just can’t see it directly from here. Experts say it’s not just the weather, but a further problem which lies in how our planet rotates and tilts.

While places closer to the Equator are drenched in year-round sunshine and suffer no real differences in the length of their days, place like Sweden which are much farther away from this center line get a real variety depending on the season. 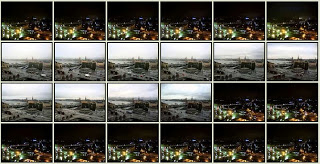 The converging events of cold and darkness have brought me back to an important resolution I make every year when it starts getting cold. This year will be one more in a series of winters I have embarked into with this simple pledge: “This winter I refuse to be cold.”

If this resolution means I don’t leave the house wearing less than three shirts, two sweaters, long underwear, two pairs of socks, a coat, a scarf, a hat and special gloves, so be it.

Freezing in the cold is fully preventable and I see no reason to suffer through the chilling discomfort. It is simply not worth the pain if it can be avoided.

So if it’s snowing in October and there are already 14 hours of darkness every day, that presents a relevant question: Just how far north is Stockholm?

I’ve often wondered exactly how far north a lot of places in Europe are compared to places in the United States. For instance, is Berlin farther north than New York?

To answer these terribly important, pressing questions, I have prepared the chart on the right side of this page.

Each degree of latitude on the globe is a space of 60 nautical miles or 69 statue miles. That equates to about 111 kilometers.

In the chart, I’ve highlighted where I am now in Stockholm, my hometown of Louisville and other cities of interest around the world.

It turns out that Stockholm is nearly 1,400 miles (2,250 km) north of Louisville. If Stockholm were in North America, it’s position would be very far north into Canada or Alaska. It is farther north than the Aleutian Islands, but not quite up where Anchorage is.

If Louisville were in Europe, it would be in Spain, south of Madrid.

Though some people in America consider Louisville to be a Southern city, most would never say Washington, DC, is a part of The South. The space between DC’s latitude at 38.8° and Louisville’s at 38.25°, is a difference of only about 38 miles.

St. Louis, Missouri, another city not typically considered southern, is on a line between Louisville and Washington at 38.6° latitude. St. Louis lies only about 24 miles (39 km) north of Louisville.

I recently ran into a girl in Stockholm who was from Mississippi. Hard to believe, right? I felt like she had me beat on the surprise factor. Being from Mississippi and stomping around Sweden made being from Kentucky seem a little less surprising.

When she asked where I was from and I said, “Kentucky,” she quipped, “Oh, the Fake South?” Ha! “Thank you very much,” I said.

We congratulated each other apparently in the same way a lot of people have congratulated us individually throughout our lives, “You don’t sound like you’re from Mississippi.” “Well, you don’t sound like you’re from Kentucky.” Of course, we are both from cities which made it easier, but for both of us, avoiding a southern accent was a conscious choice and we opted for the non-regional American dialect.

The “Fake South?” What a nice thing to say about Kentucky!

Message in a bottle