When you’re living in the United States, or any English-speaking country, it’s easy to forget (or not even realize) that a large share of the world’s popular music is sung in English. This includes not only the music that is exported from the US or the United Kingdom, but also a big percentage of the popular music that is produced locally in non-English-speaking countries. 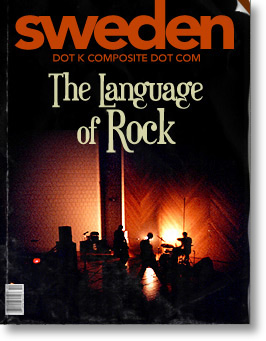 Nearly all the songs you hear on the radio in Europe are in English, the songs in Sweden’s version of Idol, as well as the extremely popular annual singing/writing/production song competition Melodifestivalen.

But English as the default language of entertainment is not limited only to popular music. It crosses over into independent rock, alternative and virtually every form of music that has substantial appeal to wide audiences.

This topic always reminds me of the first time I played a show with my band outside of the United States. (Impressed? It only took four paragraphs today before I was able to make this about me.)

Back in 1996, still wet behind the ears, we unsuspectingly wheeled into a small pub in Karlsruhe, Germany. We were shocked that night – and for the rest of the tour – that all these German punk and indie bands were singing in English. We had never come face to face with this phenomenon before arriving in Germany and the same turned out to be true in Italy, Austria, Switzerland and every other country we visited on the tour.

Some of these musicians, whose native languages were German, Italian or whatever, were challenged to carry on a conversation in English and even then, spoke with very heavy accents. When singing, though, their lyrics were as expressive as any comparable American band and their English was just as clear.

For us, a busload of Americans struggling to pronounce entschuldigung, the whole thing was truly fascinating. 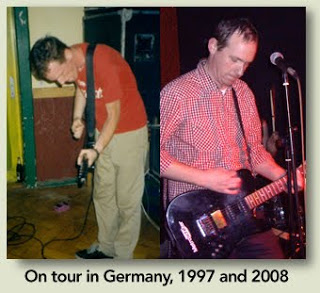 In 1996, it was something I had never thought about before and it blew my mind. This made no sense to me.

If music is an expression of what you’re feeling, wouldn’t you want to create it in the language you speak naturally and most easily? Wouldn’t that give you the most power and versatility to express yourself? Of course, it would, but there was a larger objective at work and other forces involved.

I eventually arrived at the analogy that in the same way we accept great opera as being in Italian, or great love poetry being in French, great rock’n’roll is in English.

That’s one explanation and perhaps a bit romantic on my part. Elvis Presley, The Beatles and other pioneers and greats of the genre may have initially established the language the brand is shipped in, but today it seems the reasons are more practical than simply English being the factory color of the canvas.

Another, perhaps more realistic explanation, is that English has become the de facto, default common language among the potential audience of listeners for many artists. This is true especially in Europe where there are so many different languages in such a small area.

Imagine if everyone in Indiana and Illinois spoke a different language than everyone in Ohio. Missouri and Iowa shared a language. Kentucky and Tennessee. That’s the size of some of the geography we’re talking about. It only makes sense to use a common code that everyone in all these places has at least some familiarity with. English, the language of rock’n’roll, is that universal code.

Many Americans may not realize (well, of course, the highly-educated readers of my heartwarming and compelling stories certainly realize it) …but, many Americans may not realize that when people from Spain talk to people from Belgium, they usually speak English. When Swedes speak with Germans, it’s in English. When the Dutch talk to Nigerians, or the Pakistanis talk to the Czechs, or the Peruvians talk to the Norwegians (rare, but it has probably happened), well, you can see where this is going. Just like in popular music, more often than not, inter-country communication is likely to be in English.

If you’re a musician and you want to have any substantial success outside of your home country, it’s basically an unwritten rule that your lyrics must be in English.

The same is often true for acting and writing. (You know, “writing” like in books. Remember those things? The old ones smell all musty. Probably why people stopped using them.)

Almost nobody in America knows who Mikael Persbrandt is, but in Sweden he is one of the actors. Like Pacino or DeNiro, Swedes refer to him just by his last name. He’s that big. The address of his official website (which looks like one of the fake computers the FBI uses in movies) is even simply named persbrandt.com. 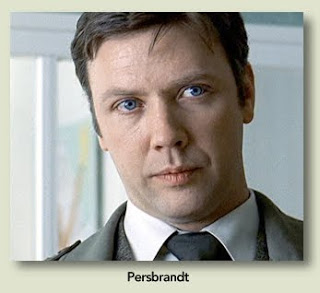 Some people have unstoppable ambition, but if you’re the biggest star in Vermont’s language, why would you possibly want to start at the bottom of the film business in Florida? I mean, Persbrandt has his entire home country swinging off his lingonberries, why bother going anywhere else?

Homer: Wow, Mr. Burns… you own everything!

Mr. Burns: Yes, but I’d give it all away to have just a little bit more.

It’s not necessarily irrepressible determination that moves people into the worldwide English-speaking market. If you’re from Denmark and you’re writing or singing in Danish, that limits the size of your audience to a population of under five million people, just slightly bigger than Kentucky.

After you remove all the people who will never be interested in your style of music or writing, the numbers get really small really fast. If you’re in a punk band or doing something with limited appeal, you may already know all the people who will ever be interested. Even if you strike it big, that potential audience just isn’t large enough to support a successful career, and there aren’t enough cities of people who understand what you’re saying to support the band on tour.

The Swedish pop group Abba sold over 300 million records in a language they didn’t speak in their everyday lives. Their own language is only understood by 10 million worldwide, and that number was even smaller when Abba was a hit machine.

To post those kinds of numbers – hundreds of millions – they simply had to do it in English. They only could have done that in Swedish by selling a stack of 30 records to each person who speaks Swedish. Swedes love Abba, but not that much.

Dozens of hugely successful artists have taken the leap to English for this reason. Imagine riding in a tour bus, working in the studio, talking with your manager – doing all these things in your comfortable, native language, but as soon as the stage lights come on or the engineer hits the “record” button, it’s all in someone else’s tongue. 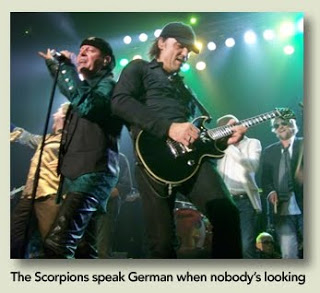 When they’re just hanging out around the house, The Scorpions speak German. Björk speaks Icelandic. Shakira and Ricky Martin speak Spanish. Daft Punk speak French. Abba, The Cardigans, The Hives, Roxette and Ace of Base all speak Swedish.

(Now, I know what some of you are saying: “Roxette? Ace of Base? Jesus, I haven’t heard anything about them in fifteen years!” I know, but I had to include them in the list of Swedish artists because they’re like Denny Crum and Darrell Griffith are in Louisville. The people from these places think that everyone else in the world knows and cares about them.)

It’s so seldom that a song with non-English lyrics becomes popular in America that I think it’s safe to classify these songs as novelties. 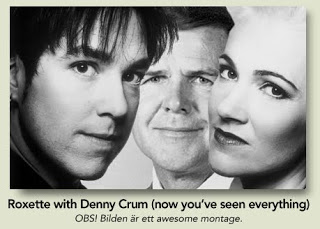 I’m thinking about “La Bamba” by Ritchie Valens, “Macarena” by Los Del Rio and “Du Hast” by Rammstein. I’m actually having trouble coming up with any more examples than just those three songs. Suffice it to say that writing foreign language songs in America is a harder way to make a living than selling spicy food in Sweden.

Americans seem to like these songs not because the populace is so diverse and cultured, but maybe more so because Americans think foreign languages are funny.

I can’t imagine any of those three songs being hit records if they were sung in English. Okay, that’s not true. “La Bamba” was a really big hit when it was called “Twist and Shout.”

Next time you’re singing karaoke, which I presume will be on Wednesday night, sign up to sing “La Bamba” but sing “Twist and Shout” instead. I guarantee no one will notice the difference.

(Special thanks to Christian Pries for the photos from Germany. I mean the ones of me.)