The darkness of the Swedish winter is well-documented. Other than not seeing the sun – or even the clear sky itself because of all the clouds – one can go for months in Stockholm without actually setting foot on the ground.

Now that things are thawing out and the days are getting longer, I was excited to snap this photo a couple weeks ago, depicting one of the first times I saw the sun and the ground at the same time.

Below are some more images collected through the long winter, which we are all very happy is slowly coming to a close. 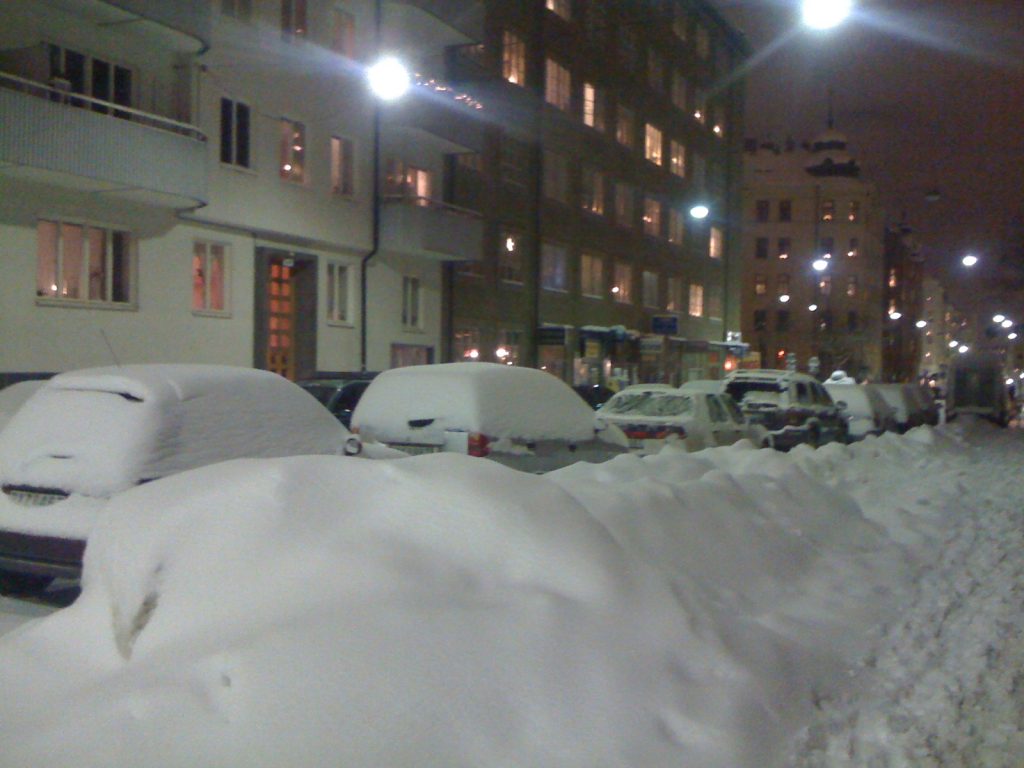 Snow piled up in Vasastan in January. 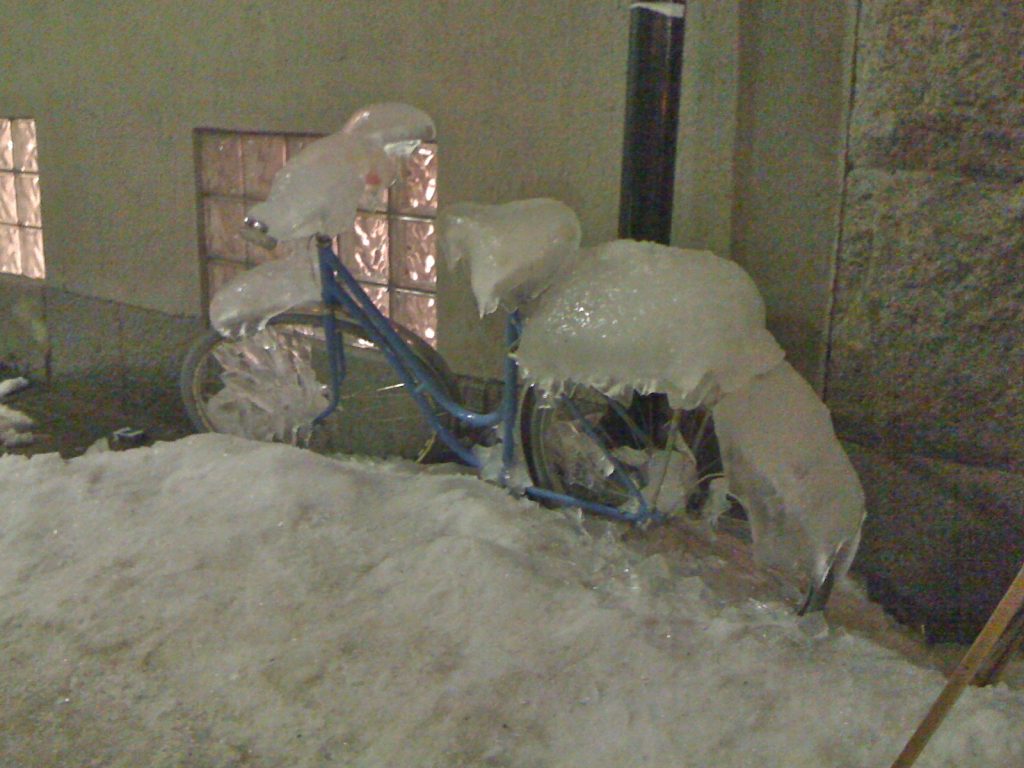 Now that can’t be good for the gears. 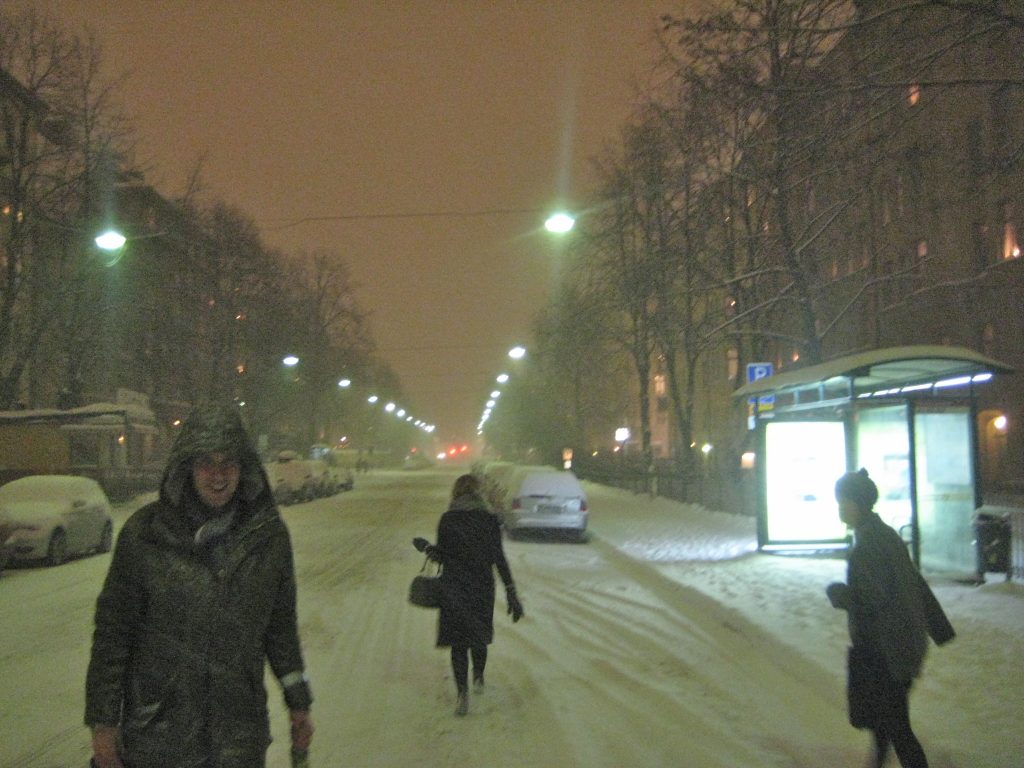 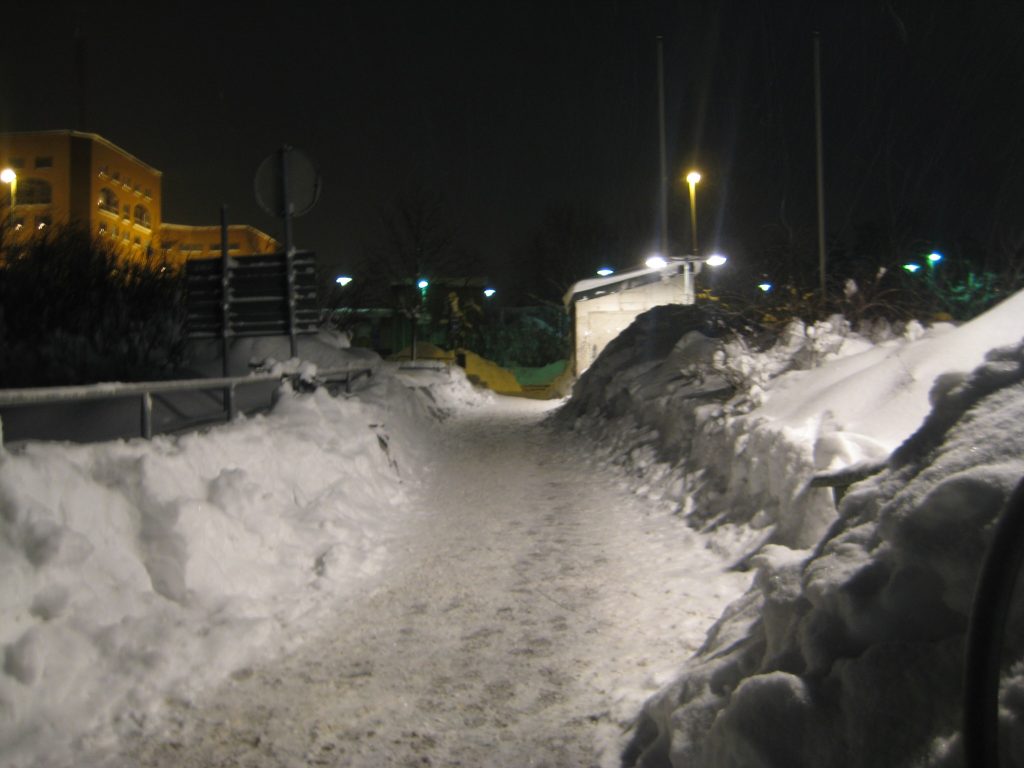 Walkway to the Pendeltåg commuter train. 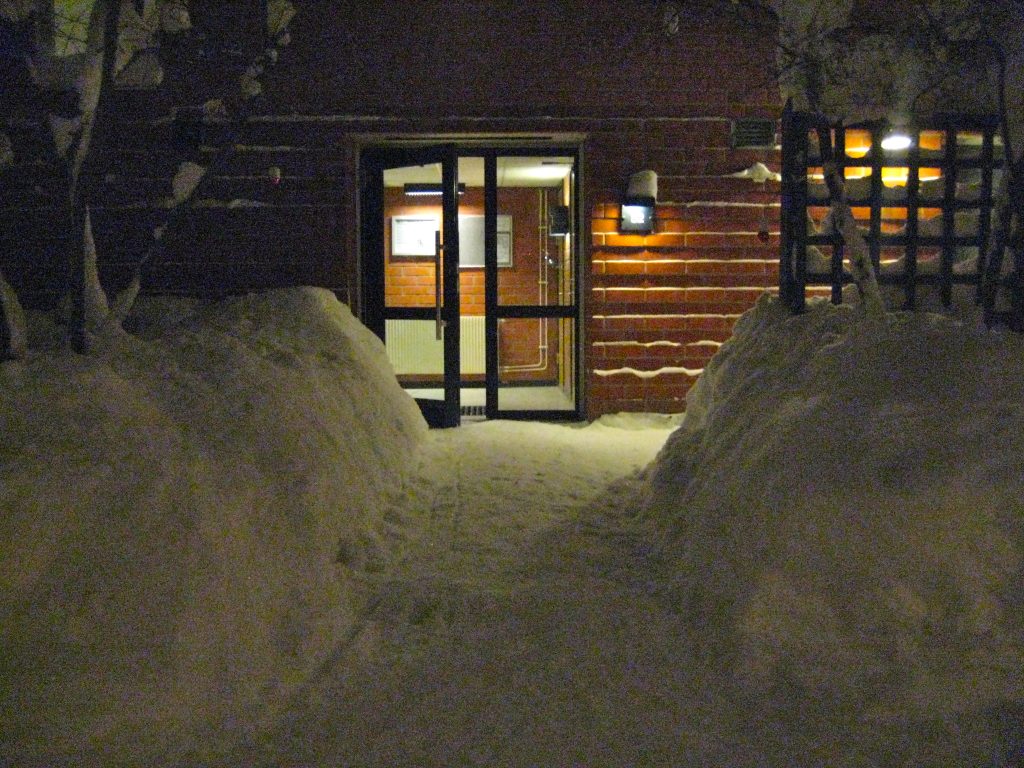 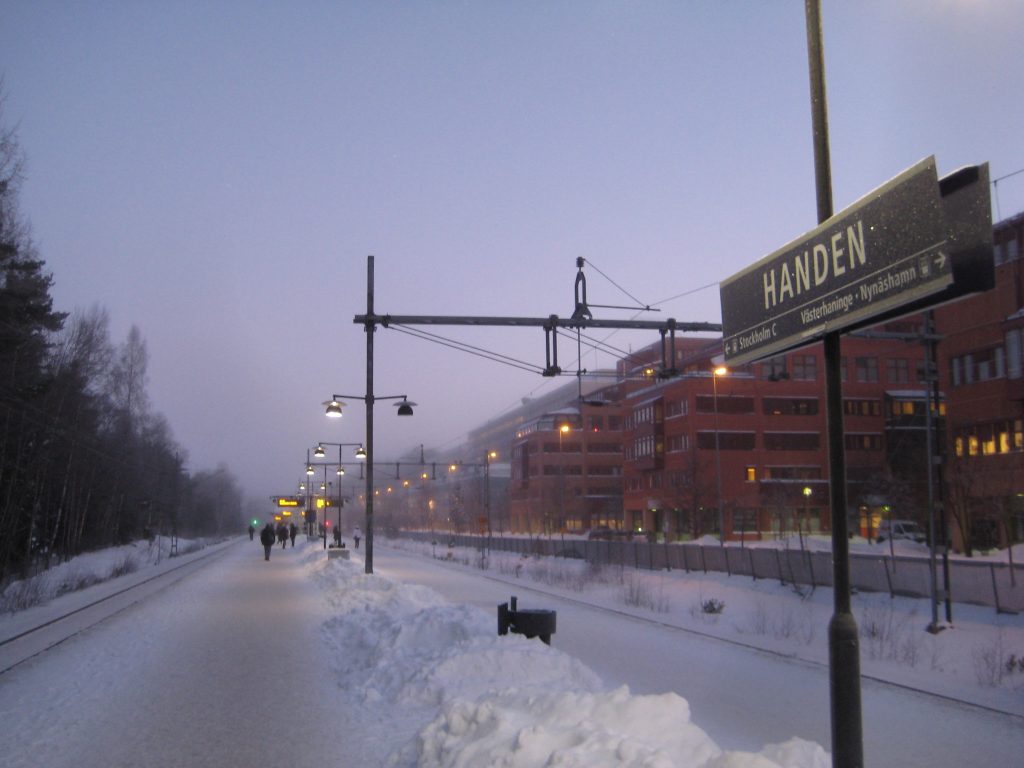 Icy cold metal sign on the platform at Handen. 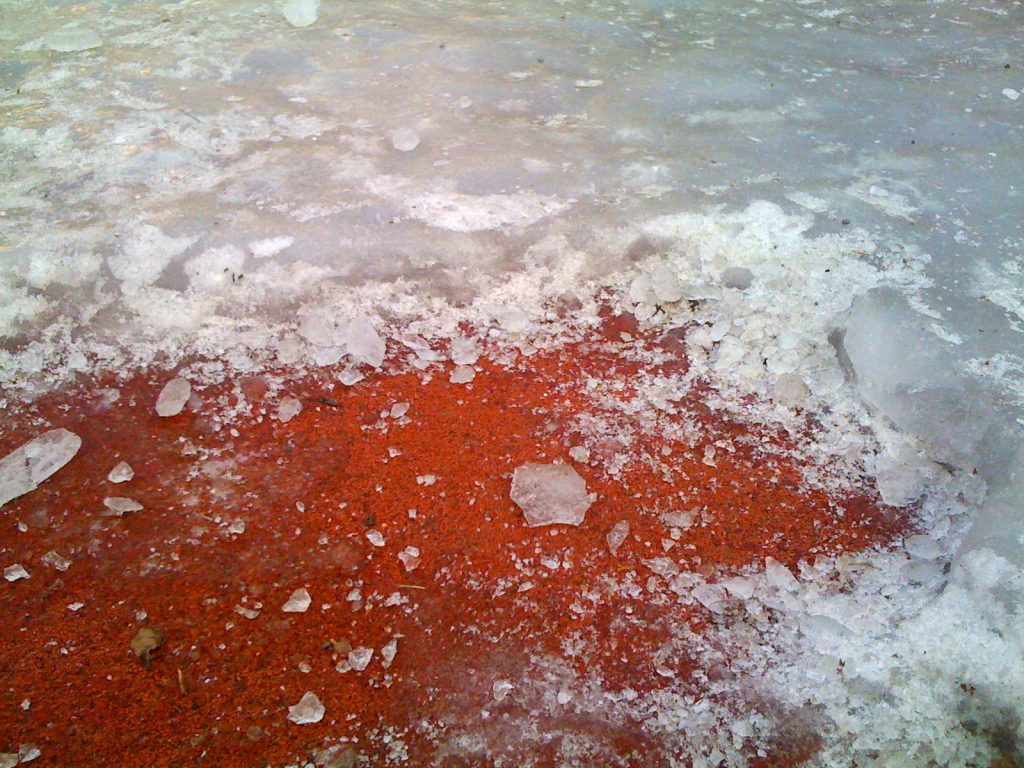 Beneath all the snow is generally a super thick layer of ice which builds up through the winter. This picture is from last week. Even though all the snow is gone, the ice remains in a lot of places. Here, some workers have attempted to clear it from a children’s playground. 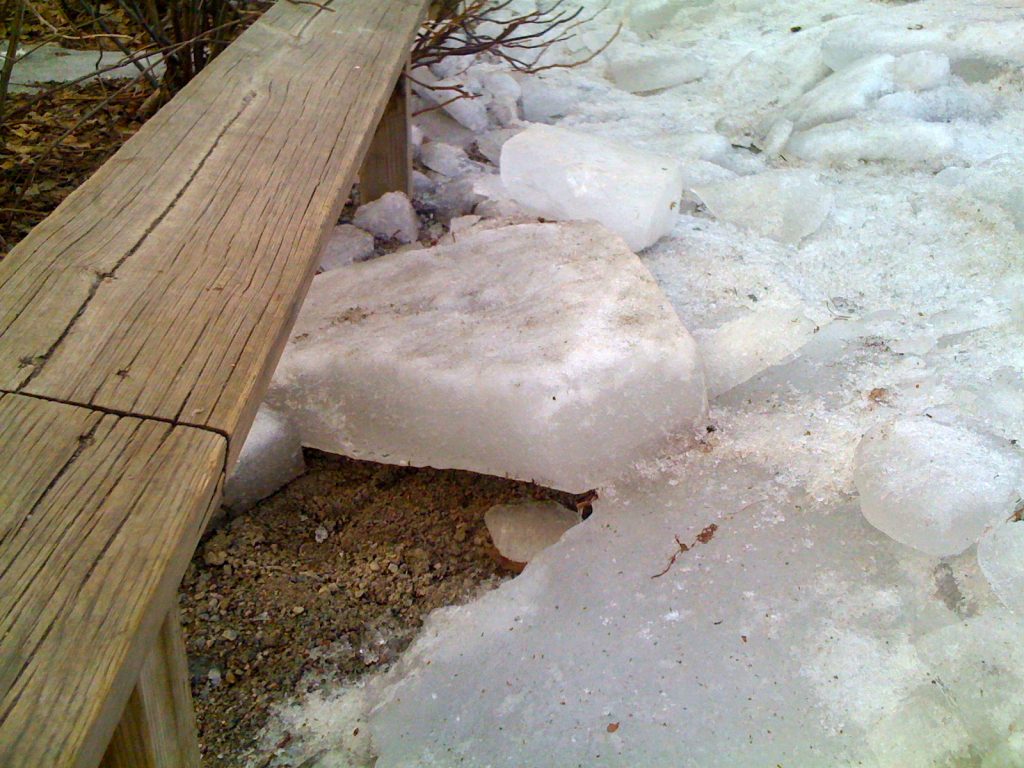 Chunks of the ice layer which have been removed from a sidewalk.

This headline on the front page of the December 20th edition of Aftonbladet is typical of their reasonable editorial style. It says “Total Chaos Everywhere.” You can’t really go any higher than that.

I suppose they didn’t consider that they might want to leave some room in case something crazier happens in the future. I mean, what are the chances that the Middle East would erupt into riots and revolutions at the same time a tsunami, earthquake and nuclear disaster hit Japan, while Elizabeth Taylor is dying and Charlie Sheen is winning? A lot of snow probably is the worst that could happen.

I especially enjoy how, even though the headline is declaring “Total Chaos Everywhere,” they’re still including the TV schedule for Christmas and New Year’s, as well as pop singer Carola’s tips for shopping. If you survive this insane, overwhelming chaos, and you can still breathe, and there is still electricity and standing buildings, and you’re not busy burying the dead, you might want to catch the Christmas episode of Svensson Svensson. 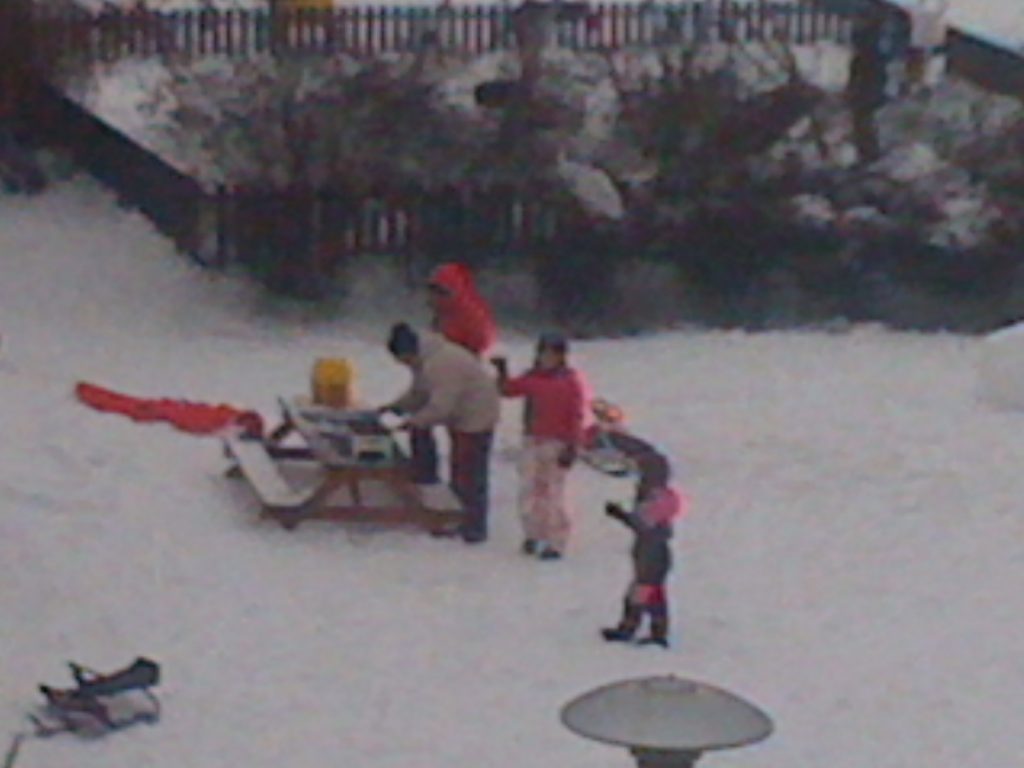 Now I must apologize for the subpar quality of this final image, but it simply needed to be taken and shown around.

Generally, when the snow is almost as high as the seats on the picnic table, we hold off a few days on having that picnic. Not this family.

“Goddammit, we’re going outside and we’re having a damn picnic whether you kids like it or not.”

“But daddy it’s snowing and the temperature is minus a million.”

“Right, so you better put your coat on and shut your mouth.”

I survived the Swedish winter