Here are a few photos of the Urban Outfitters store in Stockholm. They have beautifully restored and adapted an old theatre into a quite large, unique retail store. 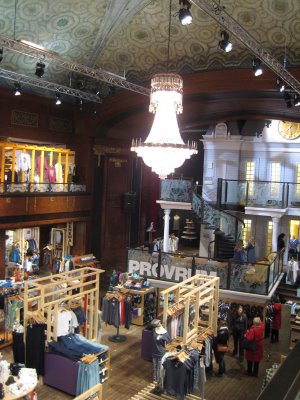 Here, you can see that they even have a fake set of a house on the stage, inside which are the fitting rooms. 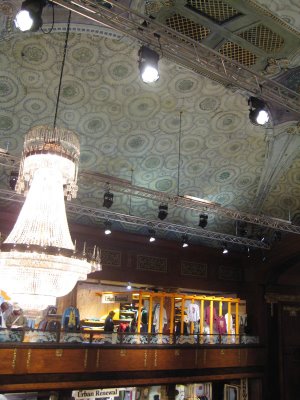 Unfortunately, most of the merchandise is campy, goofy ’80s stuff that kids wear because they think it’s funny or ironic to dress stupid. Okay, I’m being old. I actually did see some plaid shirts and jeans I liked. I can’t afford them, but I liked them. There, I said it. 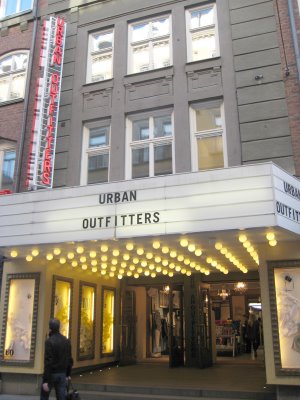 I just thought it was really nice that they went to all the trouble to build such a distinct store. I mean, they could have just stuck it all in a white box and put a sign on the front. That still would have looked just fine, but they did all this instead. That’s nice.