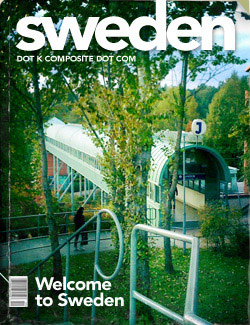 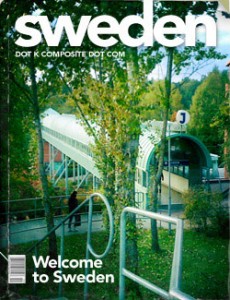 A couple Tuesdays ago, I visited Skatteverket (the Swedish tax office) to apply for my personnummer.

The personnummer is the Swedish equivalent of an American Social Security number. In Sweden, you kind of need this number to do anything outside of just breathing. Not having a personnummer excludes you from anything “official” like opening a bank account or signing up for a monthly cell phone plan.

Sure, you could use cash for everything, which I have long been in the habit of doing, but it really feels nice to be official.

Inside the building, the first floor is an open space with long cushioned benches and chairs in rows on one side, and a long row of divided countertop stations on the other side. A large digital panel displays a set of “now serving” numbers.

Swedes simply love the “now serving” numbers. Anywhere there’s a line of people waiting for service, there’s almost always a “take a number” machine. Okay, not in bars and restaurants, but organized places like pharmacies, train stations, and banks. They all have ’em.

The Skatteverket office is reminiscent of a motor vehicle license branch in the United States, well, except that it’s clean, well-lit, relatively comfortable, and nobody’s screaming or making a scene. Get this: the people working there will answer your questions in a friendly tone of voice without treating you like an idiot for not knowing something.

No sooner did I walk in the door than I was greeted by a young woman wearing a yellow sash that read “fråga mig!” (“ask me!”). I told her that I was there to apply for my personnummer, she handed me the two-page form (all printed in English), a pen, a queue number, and asked me to find her when I was finished filling out as much as I could. It was that easy.

Every greeter wearing the “fråga mig!” sash was equipped with an iPod Touch which wirelessly tracked the visitors’ requests and added them to the queue. I’m not making this up. I seriously wondered to myself if the place could be any more organized or efficient. It was borderline ridiculous how friendly and coordinated everything was.

After completing the form and reconsulting with her, it was about 15 or 20 minutes until my number, B402, appeared on the board.

The waiting area was populated with people, it seemed, from all over the world. There was every diverse brand of human imaginable. Every continent seemed to be represented except maybe Antarctica.

When my queue number appeared, I was directed to desk 13. There, a gentleman reviewed my forms, Xeroxed my passport and residence permit, had me sign on the line, and within minutes, told me, “You’ll get your personnummer in the mail in three to four weeks, then bring it back here and you can register for the social insurance program.” (Americans know this program by it’s political nickname “European-style, socialist health care.” My American friend Ty, who also recently emigrated to Sweden, knows it by the name “The first time I’ve ever had health insurance in my life.”)

When the papers were shuffled and stapled, I asked the man at the desk, “Is that it?” He responded, “Yes, that’s all,” and he declared, “Welcome to Sweden.” My stomach almost dropped and I answered, “It’s good to be here.”

In a testament to Sweden’s legendary efficiency, my personnummer arrived in the mail in a decidedly un-government-looking Skatteverket envelope less than a week later. In contrast, I ordered a copy of a form from the City of Louisville government about five weeks ago and it still hasn’t arrived at my Kentucky office (aka my parents’ mailbox).

I returned to Skatteverket the following week, with personnummer in tow, to register for the insurance system. That experience was equally painless and expedient, and I was assisted every step of the way by people who seemed like they were happy to help. I could write all day about how doing such things in America would be an all-day, totally inconvenient pain in the ass, but I’m sure anyone who reads my writing regularly could predict every word of it.

This week, I registered for Swedish language classes with the national school SFI (basically Swedish For Immigrants). These classes are run by the government, paid for with tax money, and free for immigrants. I can attend four hours per day of classes up to five days a week.

In fact, there are cash bonuses for completing certain levels of the courses within a designated amount of time. I have already begun learning Swedish – last year i paid for six weeks of classes – and I planned to continue learning, but now I can earn some extra cash while doing it. This place just keeps getting better.

At the SFI office, I took a long test and spoke Swedish with an interviewer in order to be placed in the appropriate level. The four-part exam consisted of reading, listening, speaking and writing. I scored perfectly on reading, very well on listening, not so great on speaking, and okay on writing. Hopefully all that will begin to noticeably improve when I start classes on November 1st.

Learning more of the Swedish language is a fantastic and priceless opportunity that will pay for itself every time I speak with someone. And the money they give me as a bonus for doing it will all be reinvested here in Stockholm. In fact, I think I can safely promise to speak Swedish to every cashier who accepts this money when I spend it around town.