In July, I was featured in The Courier-Journal, the daily newspaper in Louisville, Kentucky. For their “First Time” segment, the paper asks notable Louisvillians to reflect back on an important moment in their life when something (non-sexual!) happened for the first time. Here’s what I wrote:

View the original at courier-journal.com

Louisville native Scott Ritcher publishes K Composite Magazine, has run for mayor of Louisville and the Kentucky Senate, and now lives in Sweden.

Here he shares the moment when his career as a designer and publisher essentially began. 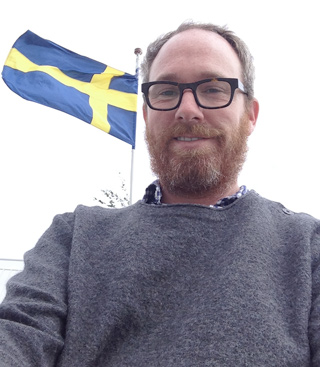 In 1988, in a Kinko’s copy shop on South First Street near the University of Louisville, lit by fluorescent tubes and decorated with all the charm of an abandoned conference room, I used a Macintosh computer for the first time.

Nestled in a tiny cubicle with worn carpet underneath it was a 13-inch-tall beige box bearing a rainbow Apple logo and the name Macintosh SE.

The machine had a 3.5-inch floppy disk slot on the front and a 9-inch black and white screen with a resolution of 512 by 342 pixels. Those pixels were so big and so few that the machine’s entire screen could now be fully displayed 16 times on your iPhone 5, or nearly 24 times on the MacBook I’m using to type this today.

I was at Kinko’s working on the liner notes for an upcoming cassette album by the Louisville skate-punk band Spot which would be released on Slamdek, my record label.

In those days, there were no scanners, color printers or design software to speak of; however, earlier that year, a brand-new device called the Apple LaserWriter had been released. The Mac and LaserWriter brought publishing power literally to your desk.

Before that happened, I visited a printing shop for any typesetting I needed. I’d type out the text on a typewriter and hand that sheet of paper over to a man who would enter it into a Linotype machine to make it look pretty, charging me by the word. Even that was a world away from the scratch-on letters that preceded it.

By renting time on a Mac at Kinko’s for $6 an hour, I could cut out the middleman and begin experimenting with typography myself. The power this gave me was seriously exciting.

On this early Mac I was still only playing with the dozen or so fonts available on the machine — most often sticking with Helvetica or Geneva — and typing out everything on a blank page in MacWrite. I’d print out those pages of text on the LaserWriter and cut them up. The actual “design” part was still quite analog and the tools were X-ACTO knives and glue sticks. You know, cutting and pasting.

When I think back on my first time with the Mac, it seems like I knew at the time that it was an important moment. Typography and design are what I do now. Without them and without the Mac, I surely wouldn’t be making magazines in one of the world’s design capitals and living (what I consider to be) the dream. 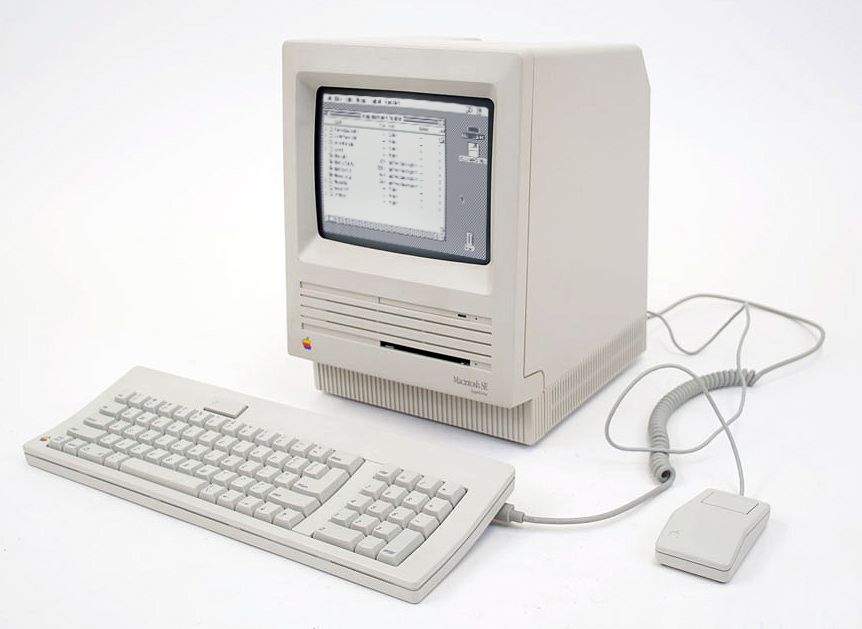