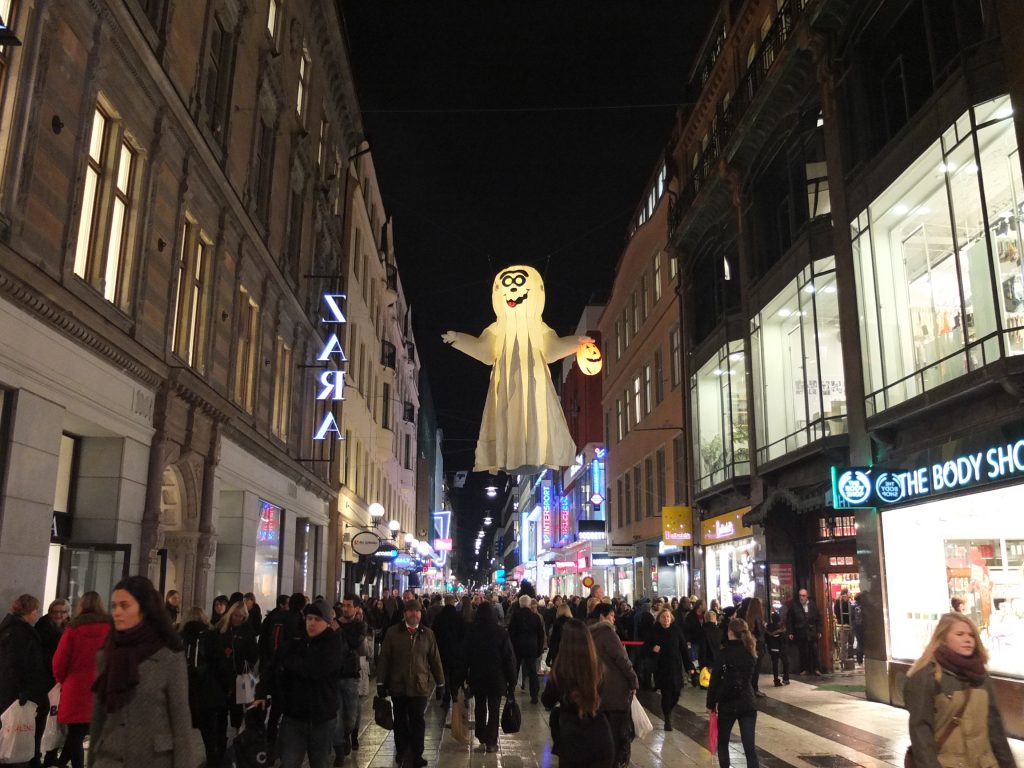 I’ve noticed an increase in the excitement and decorations for Halloween just within the three autumns I’ve been living in Stockholm.

The city has one main store where people go to get costumes and supplies. The store, located centrally on Drottninggatan, is called Butterick’s.

Butterick’s opened there in 1903 and is now a 3-story complex which begins at street level and goes down two more floors.

The place is a madhouse in the weeks leading up to Halloween and even has a line queued up outside. A guard at the door lets more people in as other people leave.

Just fix it or get a new one