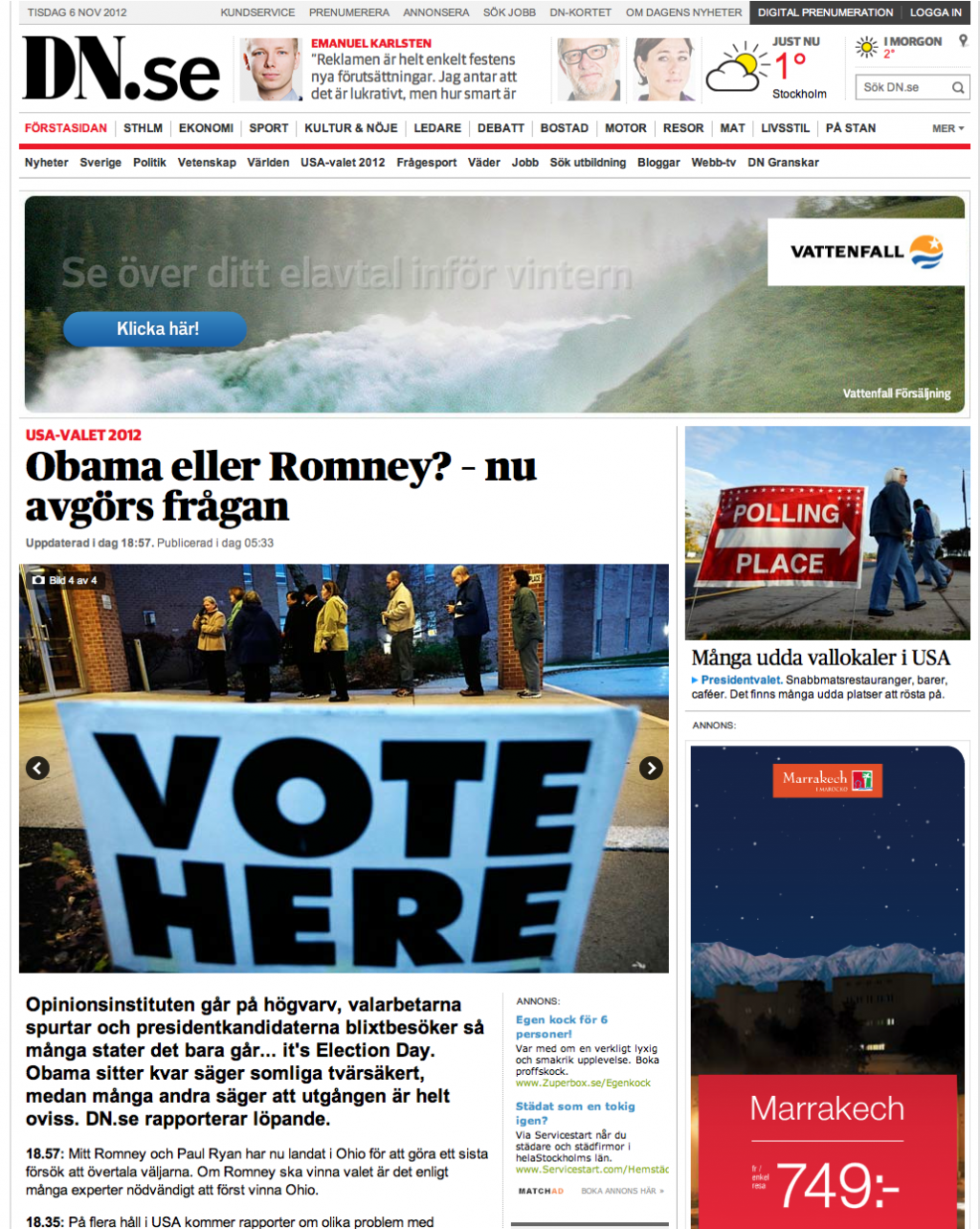 Here’s a sampling of what’s on the national news websites in Sweden tonight, as voting is underway in the United States. 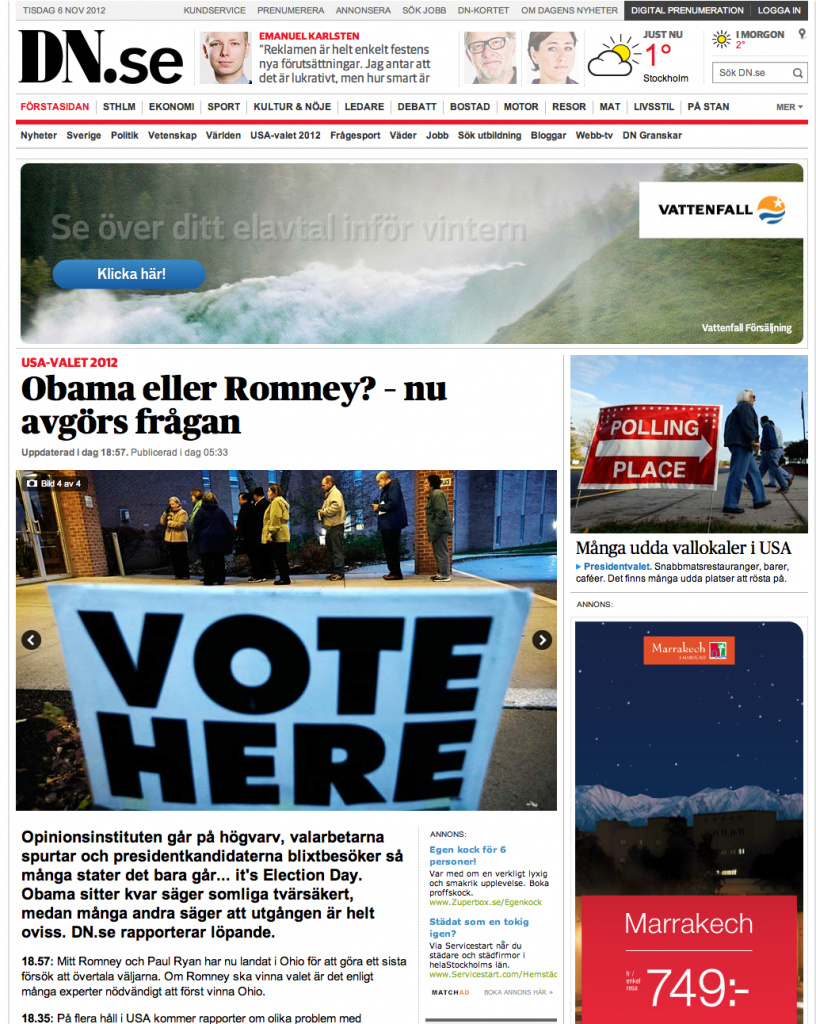 From Dagens Nyheter (“The Daily News”)

Headline: Obama or Romney? – now the question is decided

“Polling is in high gear, campaign workers are sprinting and the presidential candidates are making lightning-fast visits to as many states as possible … it’s Election Day. Some people say Obama will safely remain, while many others say that the outcome is quite uncertain. DN.se has continuous reporting.” 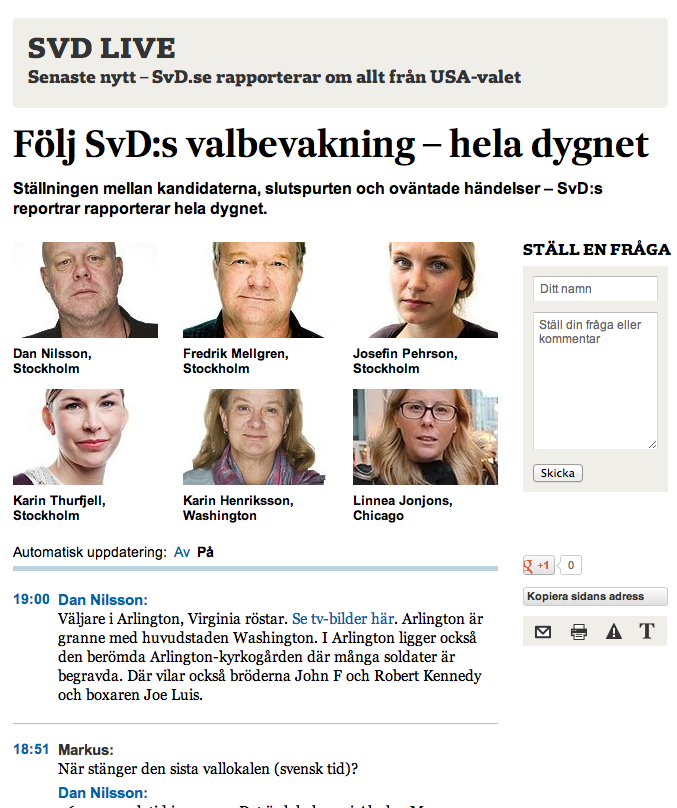 “The score between the candidates, the final sprint and unexpected happenings – Svenska Dagbladet’s reporters report all day.”

On the righthand side there is a box where you can “ask a question” of one of the reporters they have covering the election in Washington, Chicago and here in Stockholm.

The latest report says that voters are now at the polls in Arlington, Virginia. It mentions that Arlington neighbors Washington, DC, and is home to Arlington National Cemetery where many soldiers are buried, “the brothers John F. and Robert Kennedy and boxer Joe Louis.” 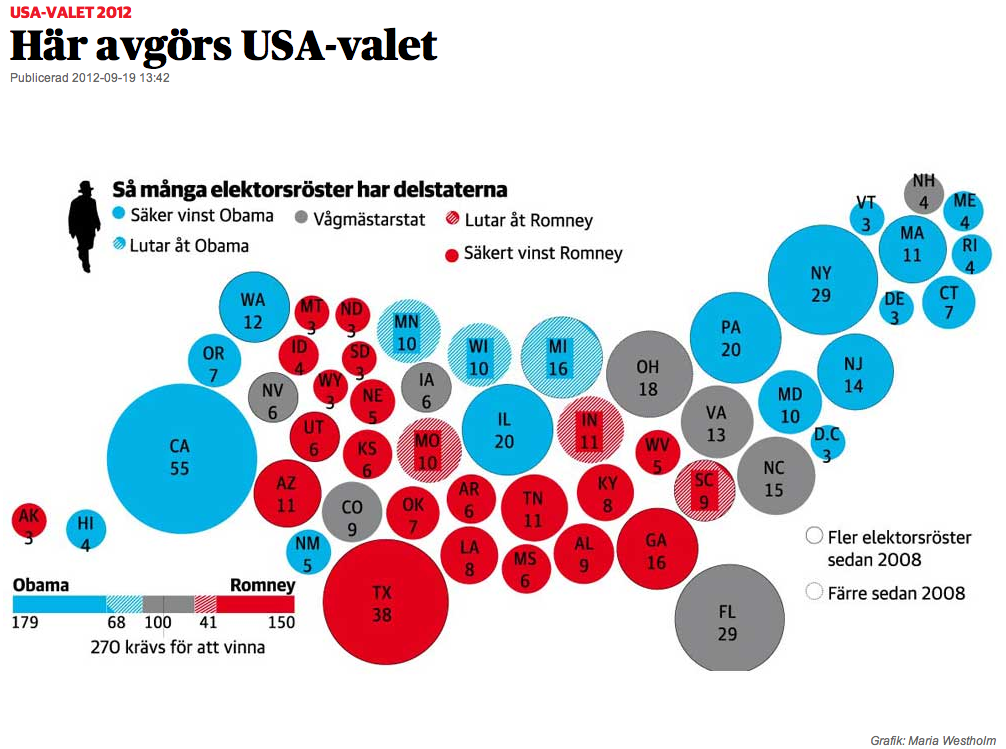 Headline: How the US election is determined

“How many Electoral votes each state has.”

I really enjoy this graphical representation of the Electoral Map. The geography of the country doesn’t matter as much to Swedes, so it is graphically less important than the number of Electoral votes.

You can probably figure out the rest… “Safe win for Obama” is solid blue, “Leaning toward Obama” is shaded blue, et cetera. In grey are the “scale master states,” that is, the states that can tip the scale in either direction. 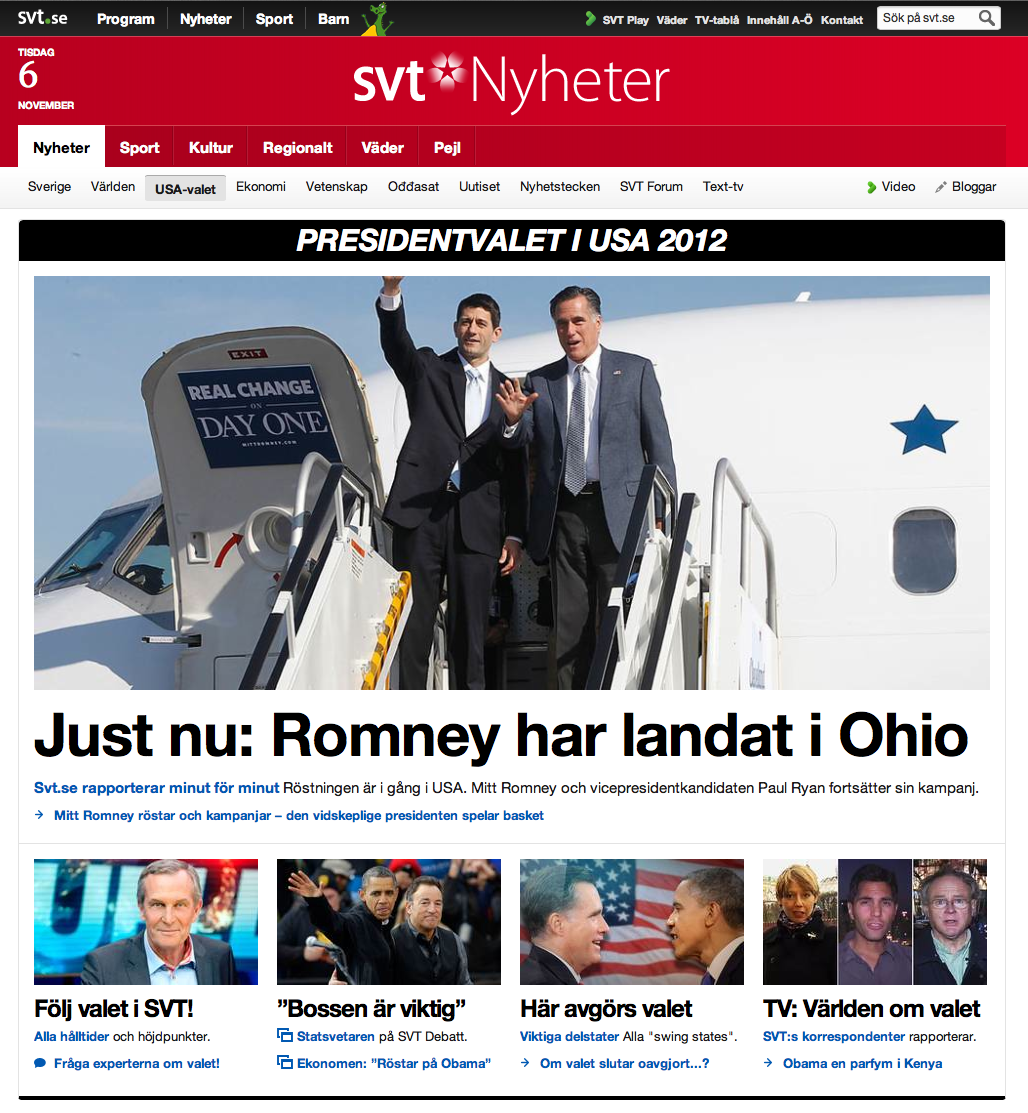 “SVT.se is reporting minute by minute: Voting is underway in the US. Mitt Romney and vice presidential candidate Paul Ryan are continuing their campaign.”

The smaller headlines under the photos at the bottom are, left to right:

Follow the election on SVT! (Reporter Claes Elfsberg is pictured; “Ask the experts about the election!”)

“The Boss is important” (Bruce Springsteen is pictured with Obama; “Economists say vote for Obama”)

TV: The world on the election (SVT’s correspondents are reporting opinions from around the world; “Obama perfume in Kenya”) Yep, that what it says!

“Do we really want to change America into Sweden?”