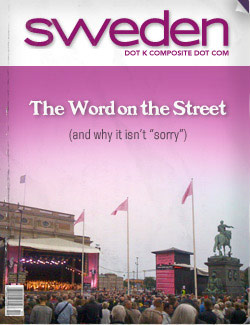 The Korean language has seven different levels of familiarity that can be used when a speaker is addressing someone. These “honorifics” indicate the distinct relationship the two people have with each other. In particular, the way someone would address a senior citizen is different than the way one would speak to a student, peer or salesperson.

These levels of familiarity can differ even within a single conversation. In any language, the phrases a police officer uses when addressing a citizen are dramatically different than the words that civilian choses in response.

Koreans take the idea of honorifics to extensive measures in their language, and this is a drastically more complex version of what we are accustomed to in the western world.

The German language, for example, essentially has two basic levels of respect, the polite (“Sie“) and the familiar (“du“). Similarly, Swedish has just two forms (“ni” and “du“). However, in everyday Swedish language, the polite “ni” is being used increasingly more rarely.

While its obituary has not yet been completely readied for publication, the slow death of “ni” has been underway for some time. I first learned of its decreasing usage on a Swedish language instructional program that was produced more than fifteen years ago. The program was on a cassette tape, if that gives you any idea of how long “ni” has been on its way out the door. As far as I can tell, “ni” is still around and I’ve heard people use it, but it exists now largely as a term of respect used for and by elders.

My impression is that English is one of the world’s most casual languages, based on its widespread usage, its relentless reinvention through the production of popular slang, and because it has already reached the point of having just one level of honorific address (“you”).

In English, the familiar “you” can be softened and customized with extra words of respect to create the feel of something more polite. For instance “you’re next, sir” or “here you go, ma’am” are a lot more reverent than simply using “you.” In isolated instances, such as addressing a judge or member of royalty, other additional (but rare) English terms may be used, like “Your Honor” or “Your Highness.”

Despite the prevalence of casual language in the United States, it’s still pretty hard to imagine someone reasonably trying to get an American police officer’s attention as informally as “Hey, you!” More likely, an “Excuse me, officer” would be an appropriate start, with the familiarity of “you” being acceptable only after a friendly conversation is underway. But this may have more to do with the public’s relationship to law enforcement than with any overarching social norms that would be acceptable outside of that dynamic. I’ve noticed that the relationship between the police and the citizenry in Sweden is much less stressed or adversarial than in the US, if adversarial at all.

Some may see the decreasing use of polite forms of address , whether in Sweden or the United States, as an increase in casual attitudes toward life and society. When someone is more familiar with their surroundings, they are more apt to be forward. It’s true that a lot of boundaries have been brought down and a more level field of commonality has become customary since the formality that definitively separated classes, races and genders as recently as the 1700’s.

In August of last year, I was walking around, exploring the Kulturfestival in Stockholm. The center-city streets were lined with booths selling regional foods and stages featuring musical performances by every genre imaginable.

As I turned a corner to walk through what is usually a busy intersection at Gustav Adolfs Torg, I was shocked to find the entire plaza filled with thousands of people. It was mind-blowing to suddenly see so many people because, from around the corner, I hadn’t heard any of the noises you’d typically expect to find a crowd of people making. Thousands of Swedes were standing in complete, respectful silence, attentively facing a huge stage upon which the Royal Swedish Opera was performing with a full orchestra.

No one was shouting, hooting, hollering or even talking loudly. Nary a “whooohooo!” was heard. Only once was an unreasonably audible motor vehicle noticed. Coming from Kentucky, where outdoor festivals tend to be rowdy free-for-alls, I couldn’t help but feel, as I made my way into the center of the crowd, that the eerie silence among thousands of people was truly surreal. This was the largest public display of politeness I had ever witnessed.

Later that night, the populace let its hair down while cheering on runners in Stockholm’s Midnight Marathon. The race snaked through the rainy city on blocked-off streets. The entire route was lined with clapping, shouting Stockholmers – even cheerleaders and DJ tables – reveling and encouraging a mass of athletes from every level.

Despite all the courtesy that comes in the form of hushed reverence for occasions like a free outdoor performance of the opera, one big difference that many Americans notice about Swedes when they visit Stockholm is that every single person seems to believe they own the entire sidewalk.

On any given day, if a Stockholm sidewalk is full of people and an American is heading directly toward a Swede, it is easy to determine which one is American: the one who gets out of the way to allow the other to pass. If nobody backs down and a horrible collision occurs, you still have a second chance to determine which character is from the United States: the one who apologizes for bumping into the other.

Perhaps Americans apologize too much – not just for simple infractions like walking in front of someone who is looking at items on a grocery store shelf, accidentally bumping into someone, or building a heartless military empire of capitalism on the shoulders of the world’s impoverished – or maybe Swedes just don’t feel it’s necessary to apologize for the minor casualties that everyday life in a big city can produce. These bumps are inevitable. Somewhere in the middle is perhaps a reasonable balance.

After about a year Sweden and other parts of Western Europe, since I’ve been back in Louisville, the politeness and hospitality in Kentucky have been overwhelming. If you’ve gotten used to expecting everyone to be quiet and respectful in a different way, all the outward graciousness can seem absurd if not excessive. 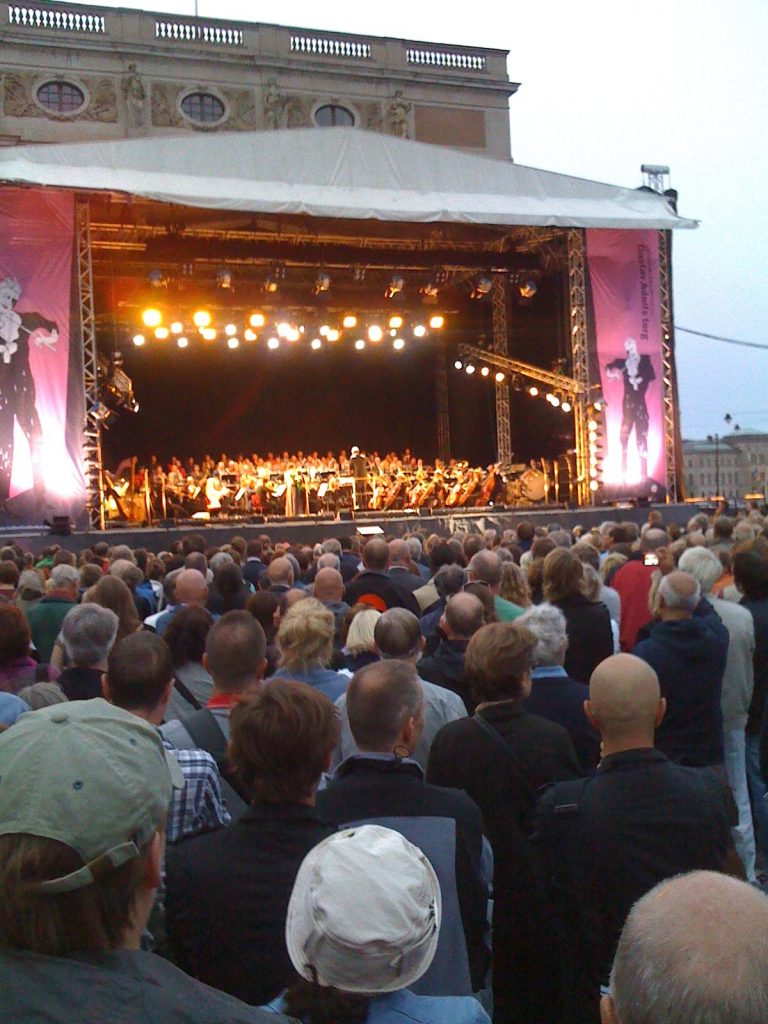 Aside from the pervasive politeness, bump apologies, door-holding and you-can-go-first mentality, complete strangers in Louisville will make eye contact with a nod or even a verbal “Hey, how ya doin’?” when passing on the street. It’s Annika Norlin’s worst nightmare of Stockholm insecurity.

In a 2006 column in the Stockholm City paper, columnist Sakine Madon described being antisocial as one of Stockholm’s “strict norms.” In the column, which was quoted on The Local‘s blog back then, she wrote, “Start a conversation on the tube or bus? Never! I’ll leave that to nutcases or country bumpkins or foreigners who haven’t blended in with the capital’s strict norms.”

In places like Kentucky, a lot of legend has been based around ideas like Southern Hospitality. In reality, my hometown of Louisville is geographically closer to Canada than it is to Memphis (583 km to Windsor,Ontario, versus 619 km to Memphis, Tennessee, see map). But regardless of its geographical proximity to the Great White North, Kentucky is often considered part of the American South.

I’ve been fascinated with the Culture of Apology for some time now. My website NewsNShit.com chronicles these apologies in realtime as they appear on news sites around the world (see “Apology Central” under the headlines on the front page).

Whether it’s a shamed politician confessing to a room full of reporters with his shamed wife standing off to the side, or a major corporation issuing a statement over how their racy new commercial was not intended to demean any particular or obscure ceremonial rituals of the Navajo tribe nor any persecuted minority of Americans with Fat Ass Syndrome, these apologies are endlessly entertaining.

As a boy raised in Kentucky, here’s how polite I am: I was recently at my

parents’ house, and even though no one else was home, when I went to the bathroom, I closed the door behind me and locked it.

I’m sure there are plenty of people (“gentlemen”) reading this who feel like it’s perfectly okay to pee with the door wide open if nobody else is in the building. Well, that’s not how I was raised, sir. I always take this precaution just to be polite in case someone comes home.

The last couple images are in 3D and can be viewed with red-blue anaglyph glasses. You can get a pair free if you order my 2001 album Nashville Geographic. Amazon

has used copies as low as 86 cents.