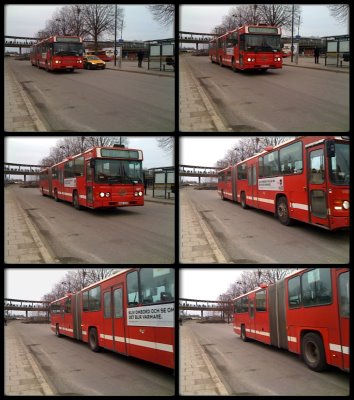 In the weeks since my iPhone service was deactivated, I have still have been using the device it all the time. Though it no longer makes phone calls and sends texts, it has continued to serve me well as a camera, audio recorder, iPod, English/Svenska dictionary, memo pad, and when there’s WiFi around I can use it as a web browser, Facebooker, emailer, et cetera.

The iPhone apps are something I never really seriously explored. I would just get whatever was interesting and free that I heard about by word of mouth, or found by searching for a particular purpose. That’s how I found the SlovoEd translation app and Res i Sthlm which calculates the fastest point-to-point routes to take in Stockholm’s public transit system.

Res i Sthlm (the name means Travel in Stockholm) is fantastic and really unlocks the mystery of which train/bus to take to get somewhere. Indispensable for a newcomer like myself. The SlovoEd Compact English-Swedish app is convenient and contains over 50,000 words, but it has a habit of producing English words I have never seen before in my life. (What? You never use English words like: vacuity, abaft, gadabout, jacobus, and sacerdotal?). And by “bad habit” I mean that I’m learning new English words from it pretty much every day. I just hope that these are actual words and not bogus entries the added to beef up the word count. I’d hate to natter or confabulate with a compeer in America, only to learn that I’ve been hornswoggled. 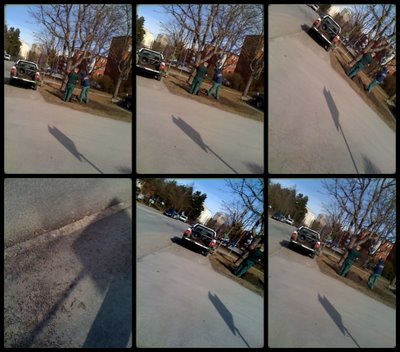 Other than a few apps like those, I never spent any time exploring the App Store until now. A few days ago, I spent about an hour looking only at the various photography apps available. There are nearly 600 applications in the photography category, but I picked out a few that looked fun and I ended up keeping three.

Two of the apps I kept were free, but I actually paid the princely sum of 99 cents for one that is my favorite. MoloPix is a multi-shot photography app that uses the iPhone’s camera to simulate a Lomo ActionSampler camera. I had an ActionSampler in Louisville and it was one of several great cameras I had to get rid of when I moved to the other side of the world.

Unlike an actual analog camera, the MoloPix app gives you the instant gratification of seeing the photos within seconds. There’s no suspense of waiting to get your pictures developed. The app also gives you a lot more flexibility by allowing you to select the number of frames it shoots (2, 4, or 6), and the time interval in between, or you can shoot manually, hitting the shutter button for each frame. If you’re shooting a set of four frames, it uses the iPhone’s accelerometer to automatically choose vertical or horizontal frames based on how you’re holding the phone. 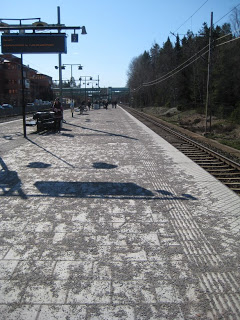 In the middle photo above, you can see some guys cleaning up the ground near my apartment. Like in any city when it snows, workers come around and throw out sand or gravel so people can walk on the ice. In a place like Stockholm that gets tons of snow over a period of many months, rocks and sand get scattered hundreds of times. After all the snow and ice is gone, much more gravel is left behind than what will wash away naturally. That has to be cleaned up. In many places, like T-bana platforms, there are huge containers of sand that gets used over and over. In this photo you can see all the gravel on the platform at Handen after months of snow has melted.

One more note about the iPhone, I have been surprised that the GPS function still works without cellular service. That’s pretty cool and it has been useful. Even though you need WiFi to load the maps, once a map is loaded, you can wander away from the connection and GPS will continue to update your position on it.

An app I have been thinking about getting is Stockholm Maps Offline which does exactly what you would expect from the name. It is a self-contained, GPS-enabled collection of Stockholm maps. I have been hesitant about it because the resolution doesn’t look so good, the reviews aren’t great, and it costs $2.99. I know, right? With the price of apps going through the fucking roof… I can usually find an open network within a few blocks of anywhere I am if I search around, so I think for now I’ll stick with the built-in maps on the iPhone.