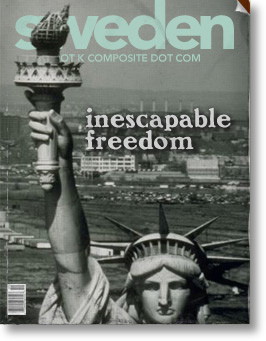 “Sweden is clean, quiet, beautiful and the people here have it all figured out. Americans are babies who hate the government and don’t want to pay taxes, but want everything provided for them.”

I don’t want anyone to get the wrong idea or think that I’m bashing America. That is (almost) never my intention. Too many Americans take the “love it or leave it” view.

Surprisingly, it actually is possible to do both: to love it and leave it.

Nonetheless, I could possibly write for days, just listing the things that most Americans don’t realize are happening in the foggy world outside the borders of the United States. However, if I did that, there’s always a chance that some hillbilly might inadvertently find this website, call me a freedom hater, re-post the link to my “anti-American” tirades and cause my pageviews to skyrocket. Worse yet, someone might accidentally learn something about the world.

For all the flag-waving and chanting of “we’re number one!” that goes on in the US, truly only a handful of Americans have ever left the country. I hope you’re sitting down, because what follows is an actual, genuine statistic: Only 24% of Americans have a passport. 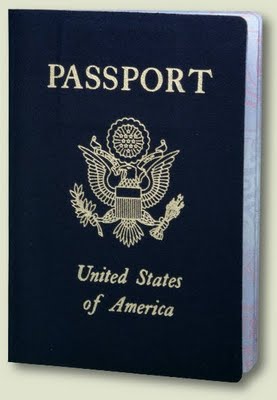 (I went ahead and included a photo of one here, in case there are some Americans reading this who have never seen one before. It’s pretty nice on the outside, but the inside pages are filled with ridiculous scenes and patriotic quotes that make it look more like a Toby Keith concert shirt than an official government document.)

What’s more surprising than the wildly low number of US citizens who have a passport is the fact that 24% is an all-time high. The annual rate of issuance has tripled since 1996, shooting up dramatically since the beginning of this decade.

Part of the reason for the increase is a set of new regulations which require Americans to have passports when crossing the Canadian and Mexican borders, as well as when traveling to US territories in the Caribbean like Puerto Rico and the Virgin Islands. Previously, a driver’s license or some other state-issued ID sufficed for these border checks.

Personally, I would have suspected that more Americans would have passports as a precautionary measure. You never know when you’re gonna need to get outta Dodge. For instance, you can’t wait around for your passport application to be processed after you mastermind a multi-million dollar jewel heist or knock over a casino with ten of your ruggedly good-looking and quick-witted pals. You gotta plan for this kind of stuff. 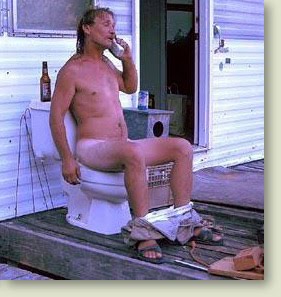 There are a lot of reasons why Americans don’t have passports, other than the widespread belief that America is the greatest goddamn country in the history of the universe and everybody everywhere else are all a bunch of commie jagoffs who throw rocks at tanks all day.

(“Why the hell would anyone want to leave the heaven of this trailer park? I seent all them homos on the TV, talkin’ all foreign and shit. Fuck them foreigners and cook me up another one of them hot dogs wrapped in a pancake.”)

It’s all true, yankees. Just stay where you are, especially if you were thinking about planning a trip to Europe.

Once you leave America, you’ll find that the rest of the world is a vast, boring wasteland of organic food, renewable energy and book smarts. 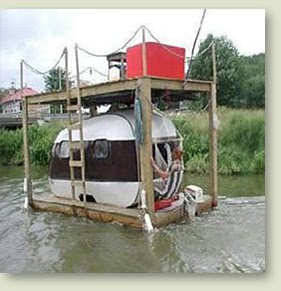 For example, the movies in Sweden are all just people talking or sitting there looking at things. No explosions, no car jumps, no Slipknot songs on the soundtrack. Shit, I can’t even remember the last time I saw someone get shot in the face. Believe me, you wouldn’t like it.

You might think the main reason more Americans don’t have passports is because the country is so large. That’s also true. One could actually get in a car and drive for days without leaving the country, exchanging currency or needing to know a different language.

There’s a lot to see in the United States and it can be accessed much more affordably than leaving the country. Think about the differences between Maine and Louisiana, Colorado and New York, Alaska and Arizona, Minnesota and Hawai’i. The diverse landscapes, climates and ways of life that can be visited within the nation’s borders are more than anyone could ever see.

Another factor, sadly, is that more than 13% of Americans live in poverty. That’s 1 in 8. Those 41 million people have more pertinent things to spend their money on than the $100 passport application, not to mention international travel. A lot of people just can’t afford to go anywhere.

Interestingly, more than half of all Canadians had passports before the new regulations. (That’s cuz there ain’t shit to do in Canada, dude!)

Because I am one of the privileged 74 million Americans who holds a copy of this rare, mysterious document called the “US passport,” I have been able to explore a bit of the world outside the land of plenty. 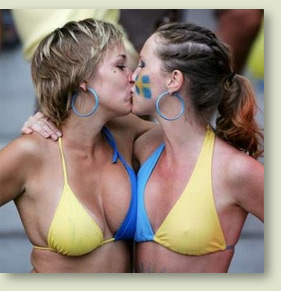 Picture it: I am actually sitting here typing this in a goddamn foreign country.

If I walk over to the window right now, it’s all fuckin’ foreign shit as far as the eye can see. If I go outside the signs are like “Büllshit Whåtevér” and “Who Cäres Nöbody Cän Reäd This Shit” and all the people are like “Borski borski yatta wheet braah borski borski.”

I can report back now to anyone in America who is reading this: everywhere outside of God’s Great United States is hell. Don’t get any ideas. It ain’t worth all the hassle. If you’re in a country like Sweden and you get sick or are hurt in an accident, you may have to wait a little while before they totally take care of everything for free and give you several weeks of paid vacation to recover. Not for me, man. I don’t want any bureaucrats coming between me and my doctor, paying for everything.

So forget about it. I mean, the “Tex-Mex” buffet here serves cold, whole kidney beans, and they put carrots in the rice. Really. Bunch of f’n weirdos over here. Best y’alls just go to Pigeon Forge for vacation.

But don’t take my word for it. Make up your own mind. I mean, you can easily see in these randomly* selected photos that life in America is way better.