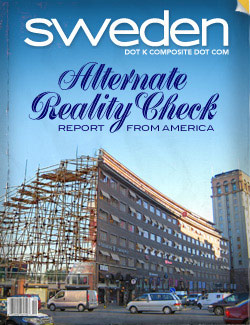 Is this thing on? Can you hear me? Testing, testing…

Today’s report is being broadcast to you all the way from Kentucky, in the heart of God’s Great United States.

After finishing up a European tour with my band Metroschifter last month, I returned to my hometown of Louisville. A medium-sized city of just under a million people – bigger than Göteborg and smaller than Stockholm – Louisville is the 16th or 27th largest metro area in America, depending on who you ask.

It hasn’t been entirely unpleasant to be back in America. I totally love seeing my friends and family again.

As I’ve said before, no wonder everyone in America is fat, the food is amazing. After many months in Sweden, I had quickly forgotten that in other places of the world it is actually quite affordable to just eat and drink all day long. Gaining back the weight I lost in Sweden could prove to be an effortless endeavor. Oops, I did it again.

If it’s wrong to only eat burritos, deep dish pizza, Kentucky bourbon, microbrews and espresso, then maybe, for now, I don’t want to be right.

The nearest Ikea and H&M are about 90 minutes away by car, but Louisville has more amazing Mexican food in just a few blocks than the whole of Sweden does. Louisville’s bars are open until 4:00 in the morning. The liquor stores are the polar opposite of Systembolaget and are open nearly as late as the bars.

As the capital of Kentucky’s Bourbon Country, with bars offering one-dollar beers and $1.50 mixed drinks, and the CityScoot service that will drive you home in your own car if you drink too much, Louisville is a city that essentially dares you not to become an alcoholic.

Compared to Stockholm, everything here is half price. Maybe it’s even less.

Nothing is subtle in America. Everything is in your face. People are shouting as their normal tone of voice. The music from headphones, car stereos and your neighbors can be heard far outside the reasonable realm of what could pass as personal entertainment. Everything is extreme and awesome and retarded and made of flashing lights. Religion is actually a topic that people think is a good idea to bring up.

This place is loud in every possible meaning of the word.

As soon as you get off the plane in Boston (or Chicago or Atlanta or wherever), you immediately notice that the people are sloppy. Clothes are draped over these people like bibs and tarps. Sure, the Snuggie commercials are funny, but you wouldn’t see them on television unless there were actually millions of people who were lazy, messy and resigned enough to buy them. A blanket with sleeves is designed only for people who refuse to get out from under the covers, even when nature demands that they use their arms or legs.

Just the size of the people in America is absurd. They’re wearing sweatpants and sports shoes but it’s obvious that these garments – designed for exercising – are not serving their intended purposes.

Air travel is not pleasant to begin with, but I don’t think that’s the culprit. People in European airports don’t look like this. After almost a year away from the United States, my first impression upon seeing a crowd of Americans was that they all looked exhausted. As a group, this first batch of Americans in the Boston airport looked like they barely had the energy to give a shit about anything.

Why would anyone care? The planes were late, the food was expensive, the kids were misbehaving, the lines were unreasonable, the security checks and announcements were the demeaning equivalent of a cattle drive, the fake executive asshole with the earpiece was talking way too loudly about business meetings and golf. Unrewarding.

When I finally made it to the public transit system in Chicago – nearly half a day later than scheduled and without my luggage – that place had a the charm of a prison train. At one point I stood up and faked like I was stretching, just to make sure I wasn’t actually chained to the seat.

Stockholm’s transit system can spoil its riders pretty quickly. I got used to it right away and fell into its comfort and convenience. Like everything in Sweden, from taxes to transit, it’s expensive, but you really get what you pay for.

Outside the airport on the city streets, people are exercising everywhere, presumably running away from the food they eat. It’s an endless tug of war in which the food supply is so packed with artificial sweeteners, preservatives and genetically-modified ingredients that you basically have to exercise in order to not become obese.

Every wall and surface is plastered with signs, advertisements and businesses that are designed to appeal to a fourth grader’s mentality. “You deserve the best.” “Go ahead, have another!” “America is number one and nobody is gonna take that away.” “Whatever. It’ll grow back.” I’m exaggerating, but only a little.

There is no self-awareness in graphic design. Professionally-produced signs are littered with spelling and grammatical errors. The fonts in widespread usage betray the fact that there is often no delineation between graphic design and desktop publishing. Any jackass with Microsoft Word can make a sign. It’s great that everyone can make their own signs, but it’s a shame that everyone does. Comic Sans isn’t even the worst offense.

Ikea has made the Swedish word “lagom” famous, but the concept of “just the right amount” is a hard sell here. Explaining the word “lagom” to Americans takes five minutes because there’s simply no equivalent – not just in the language, but in the national psyche.

How can I say this delicately and believably? I love America, I really do. But seeing her again is like running into an old ex-girlfriend who has gained 100 pounds, a drug problem and a mountain of debt. Her beautiful eyes are still the same color, but they’ve lost that sparkle that made them special. You’ll always remember her as an important part of your life, but trying to help save her might take more energy than you could possibly muster.

When I first considered going to Sweden longterm, it was partially as a result of that feeling. After an exhausting fight to become a candidate to represent my neigborhood in the Kentucky Senate, I had a realization. I could stay in America and fight for the rest of my life toward noble goals – goals that lobbying groups and corporations have long since claimed as unattainable – or I could just move somewhere where everything is already fixed. 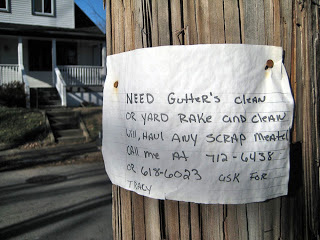 I understand that there are many Swedes (and Americans) who will read this and disagree with that characterization, or write off this entire article as exaggeration. But honestly, after about a year on the ground in Sweden, it seems at this point, the things being argued about in Swedish politics amount to fine tuning.

When the populace has elected someone from a political party whose sole objective is to protect privacy rights and repeal patent and copyright laws, well, things must be going pretty well.

Comparatively, the problems in the United States are insurmountable. The number of people in Sweden without homes, jobs, sufficient health care or the ability to read is negligible. In America, these problems claim millions of victims.

It was no easy decision to opt out of Louisville and America, even if my absence was to be brief or temporary. The people in Kentucky and the rest of the country desperately need fighters who care about the individuals and disregard the bidding of special interests. Leading up to the election in 2008, I tried to give that fight as much as I had in me. In the end, though, I don’t want to fight.

I can’t kill myself for the sake of objectives that are taller than all of us. Maybe Martin Luther King and Bobby Kennedy were the kinds of guys who could do that, but at least for right now, I’m not that guy.

And to be clear, Sweden is not the cure for the common cold (though the country’s health care system has been pretty effective in eliminating all manner of other medical nonsense that Americans still receive outrageous bills for). To be honest, if I wasn’t entirely happy in America, being in Sweden instead can only do so much to affect that.

Being in America again has been fun, but I’m anxious to get back to Sweden. To that end, my application for the appropriate residence permit is finally being filed this week at the Swedish Embassy in Washington.

The application process toward Swedish residency is much faster if one has a written job offer from a Swedish company.

So if you’re a business person reading this, I would be delighted to work for your company in Sweden doing graphic design, web design, English writing or editing (see some samples of my work) … hell, I’m also available for toilet cleaning, umbrella repair, VCR clock setting, picnic planning, bartending. Really, whatever I can possibly do that any Swedish company may need somebody to do.

I basically have no worldly belongings, no expensive apartment on Kungsholmen, no fancy clothes or monthly bills. I would be very happy to work for less money than you’d have to pay a career professional.

My hope is to be back in Sweden as soon as humanly possible to continue writing on this site from the ground in Stockholm. Until that time, I will continue to publish new stories with regular frequency from wherever I am. My online bloggery will continue.