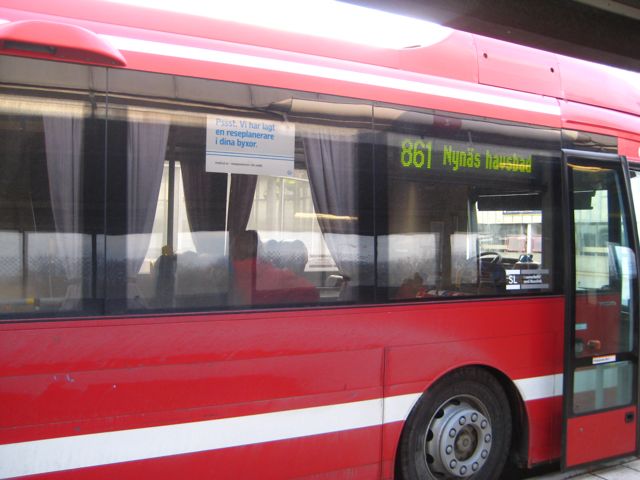 Here are a few pictures of the public transit so you can see a bit of how nice it is. Yes, the buses have curtains! The blue and white sign in the window is an ad for their schedules which you can view on mobile phones. It says, “Pssst. We left a trip planner in your pants.” 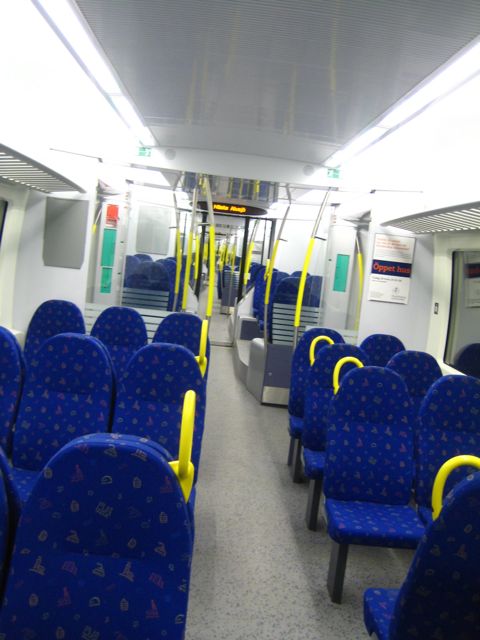 Inside one of the Tunnelbana (subway) trains. I live off the last stop on one of the lines so sometimes at night there are only a few people going to the end of the line. The seats are cloth and have little cartoons of famous sites in Stockholm like the old city hall, the harbor, Storkyrkan (big cathedral), and Globen… 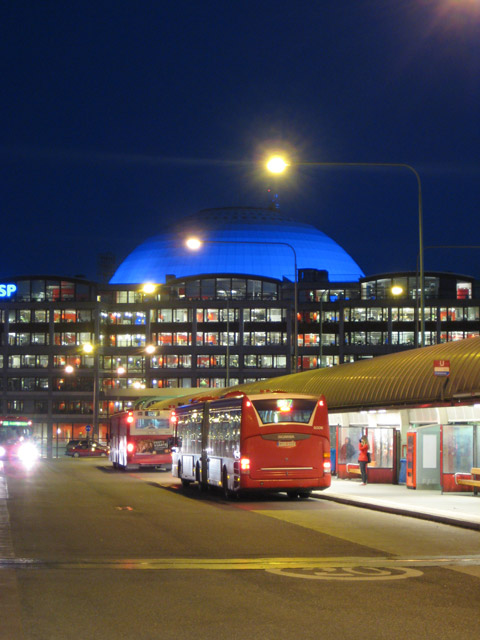 This is one of the transit centers, Gullmarsplan, with Globen behind an office building in the background. Globen is a big indoor arena that is shaped like a gigantic white sphere. It looks like the future used to look. It’s lit up with different colors each night. I’ll try to get a better picture of the whole sphere for next time. 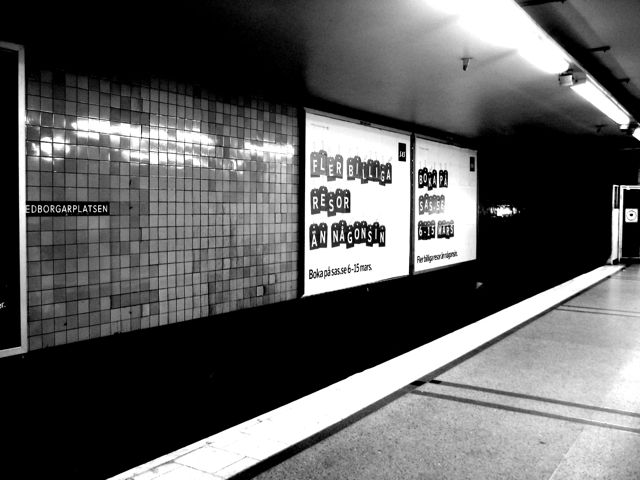 One of the T-bana stations. Each station was designed by a different artist and many of them are really retro, having been decorated in the 60’s and 70’s. This black and white photo helps that look but doesn’t really show how long the stations are. The tiles in this station are all different shades of yellow. The advertisement is for SAS Airlines and says, “More cheaper trips than ever.”